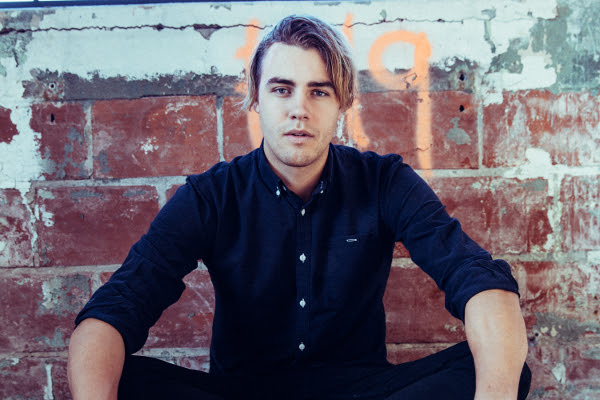 Hein Cooper’s star continues to rise as his latest single ‘Rusty’ continues to take the world by storm. Added to triple j off the back of his stunning debut album ‘The Art of Escape’, the song has spread across the globe with over 100 radio stations across the UK and Europe adding the track to rotation, resulting in TV appearances in France and Germany playing to over a million viewers.

The Marcus Paquin-produced (Arcade Fire, The National) ‘Rusty’ has also cracked the magic million stream mark on Spotify this week, continuing a dream run for the single.

After supporting James Bay in Australia in January, the NSW South Coast local was invited to join him on his European tour, leading to further invitations to support Peter Bjorn & John and Lukas Grahamon their respective tours in Germany, UK and Canada.

During a rare week off, Cooper has found time for a quick trip to Australia to play with Peter, Bjorn and John at their Splendour in The Grass sideshows at The Metro in Sydney and The Corner Hotel in Melbourne this July.

“I can’t believe how the last six months has played out,” said Cooper. “One day I’m playing a festival in France, the next I’m on a plane to Canada to do radio performances, then back to Germany to do morning TV. Then fitting in songwriting sessions and getting calls from labels… it’s all quite exciting! ‘Rusty’ was one of the first songs I wrote so it’s so satisfying to see people really engaging with it. Hopefully I’ll have a couple of days for some surfing while I’m back home though!”

Hein might need luck on his side to reach the ocean, with just four days in Australia before heading back for another round of more than 20 summer festivals across the UK and Europe.