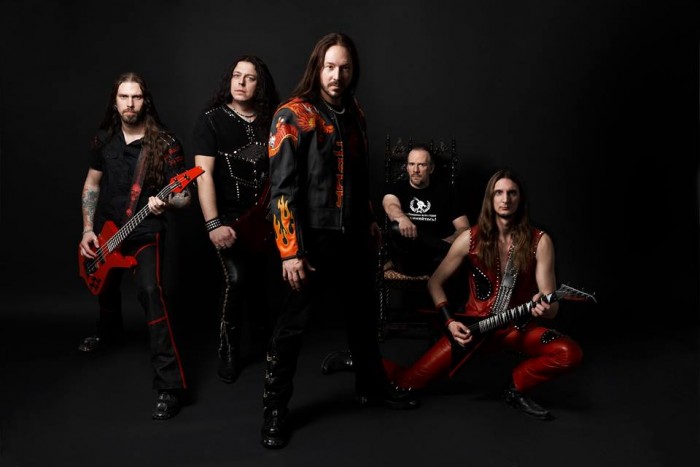 Sweden’s heavy metal master HAMMERFALL is back with the release of their hotly anticipated 10th studio album ‘Built To Last’, which is set to see the light of day on November 4th 2016 on Napalm Records/Rocket.

After leaving fans breathless with their first single ‘The Sacred Vow’, the band has now unleashed a brand new video for the track ‘Hammer High’.

After a 20 year-long global career, HAMMERFALL never stand still. In fact, these pioneers of modern melodic heavy metal haven’t slowed down, quite the opposite! Highly melodic and swift anthems, aggressive lead guitars, choruses you’ll sing along to for years, Joacim Cans’ inimitable, steel-melting voice (recorded once more with James Michael / SIXX:A.M. in Los Angeles) and all mixed by the great Fredrik Nordström (Studio Fredman) turn this offering into one of the most consistent, exciting and passionate albums you’ll ever hear. 2 decades of delivering this unique brand of classic metal has only served to make HAMMERFALL sound hungrier and more vital than at any point in the past!