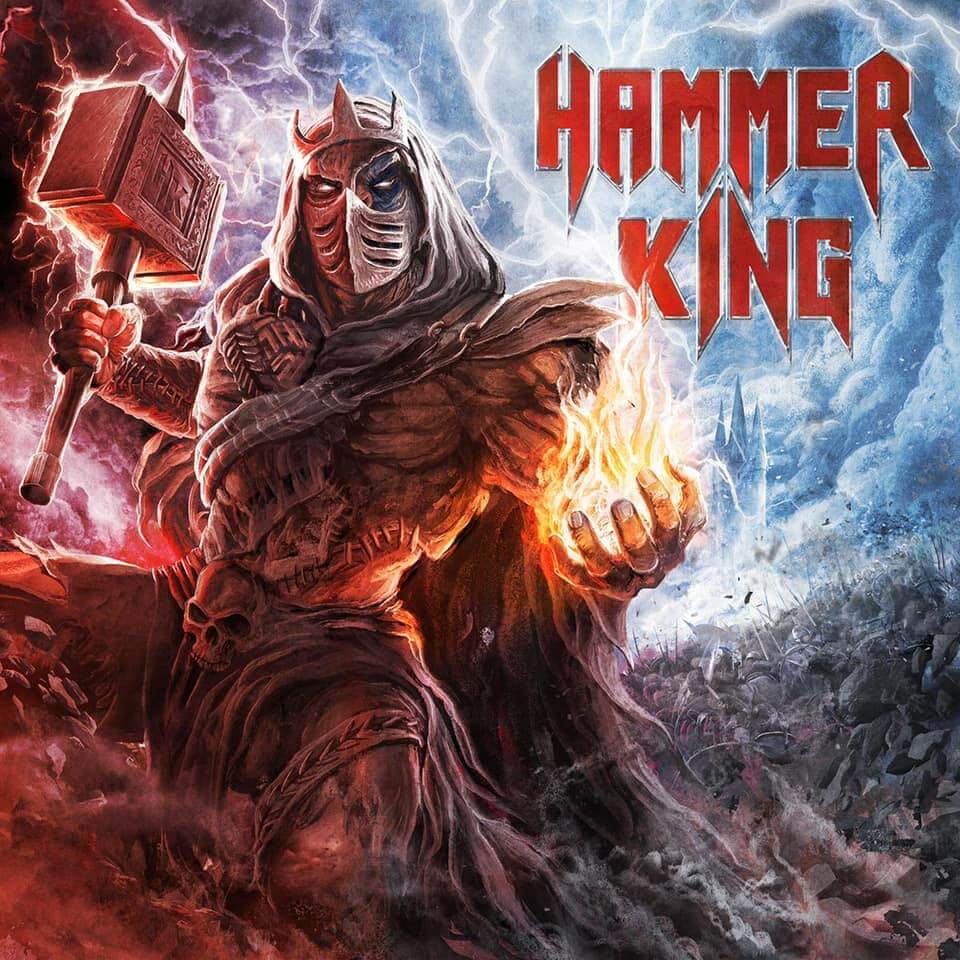 In the name of thy majesty – HAMMER KING has arrived. After releasing “Hammerschlag” as the first glimpse of what power metal up-and-comers HAMMER KING have to offer on their new album Hammer King (out June 11.

Atlantis has been on everyone’s list. It’s an epic song actually written on the Lake Zürich. Its lyrics go back to some of the earliest hours in human history or mythology. It also serves as an epilogue to our nautical trilogy off the Poseidon Will Carry Us Home album. Some of our finest lead guitars meet big vocals and counterpoint singing. Carry us back home!”