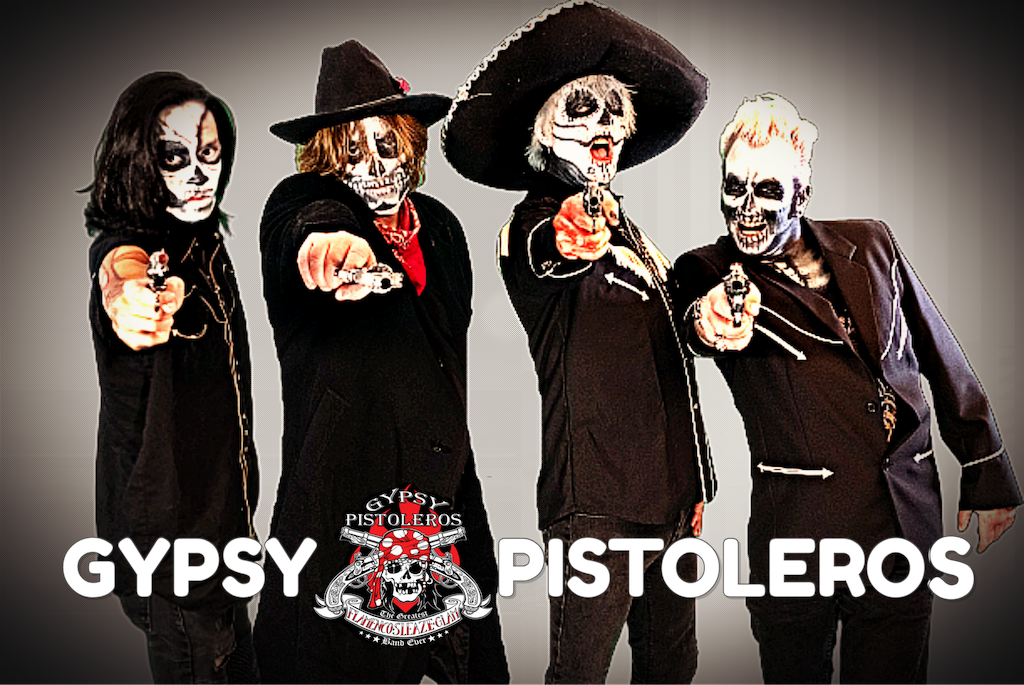 Gypsy Pistoleros release a brand new single and anthem for the underdog ‘Lost in a Town called Nowhere!’ Feb 26th from the forthcoming brand new Album, ‘The Mescalito Vampires’!

Gypsy Pistoleros are best described as being the ideal house band for the fictitious Titty Twister bar of Rodriguez’s From Dusk till Dawn. Between the nods to Morricone’s tense, tumbleweed atmospheres and the Gypsy Kings’ manic Mediterranean energy, a New York Dolls raw glam spark and a surplus of prime G ’n’ R attitude, the Pistoleros‘ sonic style is captured to the full with the release of an album they have always threatened!

Gypsy Pistoleros remain something truly unique and interesting in today’s predictable musical landscape. Combining their truly unique mix of flamenco rumba which gleefully collides with old school punk rock ‘n’ roll riffs in a head on collision. In the best rock ‘n’ roll tradition, with big hooks, attitude, and sleaze. Yet those flamenco breaks got into your head and refuse to leave – this hybrid rocks.