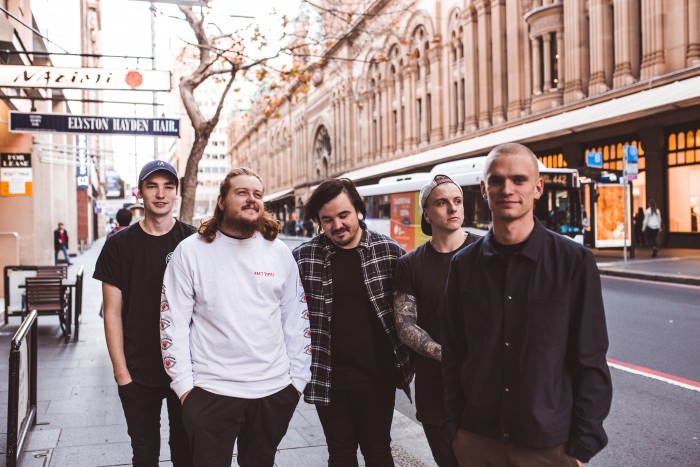 Greyscale Records is proud to announce the launch of their new Australian based record label. Greyscale Records is the brainchild of Ash Hull and Joshua Merriel, who share 20 years combined experience working in and supporting the local music scene. Ash has been heavily involved in the live music scene for many years as part of the Destroy All Lines tour team, as well as running his own events and all-Australian hardcore music festival Invasion Fest, and booking several prominent artists. Joshua has spent over half his life working in radio, starting off on a small station called Street FM when he was just 13 years old. Together they’re aiming to bring the DIY ethic and the major label aspirations together to create something truly special.

Greyscale Records are thrilled to welcome Our Past Days to the roster. Their debut album Keep Safe will be available on Friday 2 September.

“Ash came to me with an idea, after we sat down and talked it out he looked at me and just went ‘we’ve got something here don’t we?’. With the Australian music scene expanding so rapidly, we knew there was a gap that needed to be filled. A gap for a label with major league goals and a DIY attitude.” Joshua Merriel says. “When starting up this record label, we knew we wanted to work with bands who shared the same mentality and vision. Our Past Days was the perfect first signing for us as they ticked all the right boxes, and they really supported the idea behind the label. Their album is such a diverse record and I know they’re going to be a band to watch our for.”

Sydney’s Our Past days have been doing the hard yards over the last six months putting the finishing touches on their debut album Keep Safe. In-between touring with The Wonder Years, hugging Koalas, and eating enough Maxibons to kill a small army, Our Past Days have honed their sound into an honest mix of emotive pop punk, and rock inspired post-hardcore placing their sound amongst contemporaries like Thrice, Brand New, and Knuckle Puck. “As a band we found the most important part of the writing process was being completely honest, whether that be through the lyrics, the music or just with one another, leaving everything we had in the studio is the only way we wanted to record.” Says Vocalist Matt Doherty.

The band enlisted the help of renowned producer Jay Maas to bring life to the stories they have to tell. According to guitarist/vocalist Mikey Kerr “We knew there were certain elements we wanted to achieve and the direction we wanted to go in. To get there we knew we had to bring in someone who could push us as musicians and get to where we needed to be. We love the work Jay has done in the past and have a lot of respect for his musical history” Maas was equally as impressed with the band’s desire to push themselves to achieve the desired end. “The best part about the new Our Past Days record is the creative growth the band as shown. So often I work with bands that say they are willing to try new things but unfortunately it’s rarely the case. I’m so proud of the band for having the courage to not only be open to expanding their own sonic signature, but then being able to pull it off.”

Preorders for Keep Safe are now up at Artist First and iTunes.