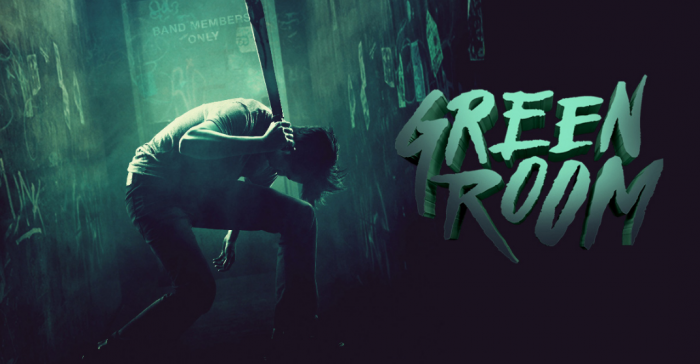 Green Room is one of those surprise films that aren’t Hollywood blockbusters but you’re so happy when you discover them. Tarantino is even quoted as saying about the film “the most sensational out of the blue film I’ve ever seen”. Now hearing that from him alone should make people pay attention to this movie. Anton Yelchin leads the stellar cast which also includes Imogen Poots and Patrick Stewart.

The movie starts out normal enough following the lives of a touring American punk rock band. Until the band winds up witnessing a horrific act of violence at a secluded location. Feeling trapped and isolated the night becomes a fight for their lives in this heart stopping thriller.

Anton shines throughout the film and sadly this was one of the his last films before the world lost him to a tragic accident. Patrick Stewart plays a stern menacing character that is miles away from the warm and friendly Charles Xavier or Captain Jean-Luc Picard. The only lowlight I found with the film was the underuse of Imogen Poots through the movie as I feel she has a lot more to offer as she has previously shown.

If your looking for a film to view from the edge of your seat then look no further than this punk rock fuelled nail biting thriller. It’s violent, raw and at times relentless.
Green Room is also a great way for the world to look back on the acting talents of Anton Yelchin an actor gone now well before his time.