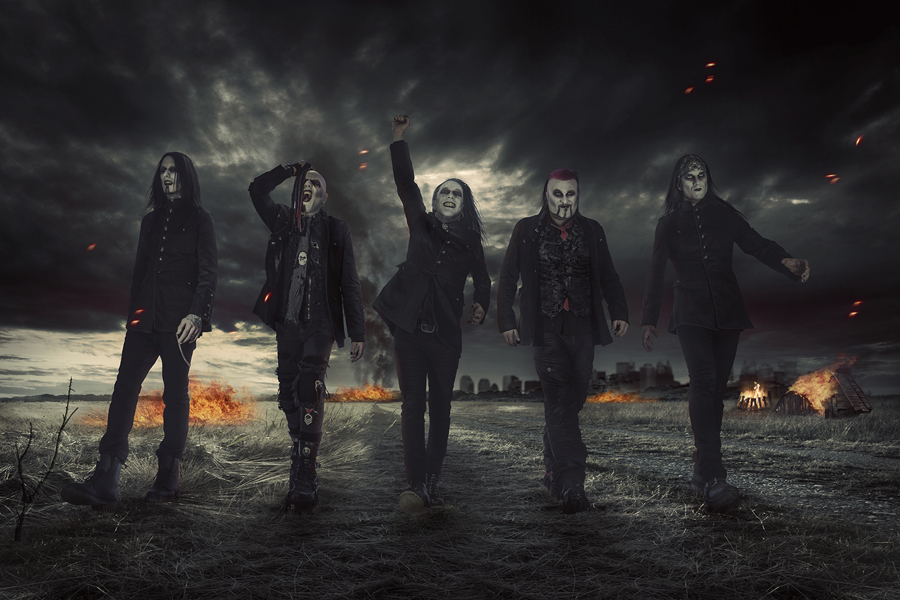 Sydney Australia’s favourite ghoulish sons, the Graveyard Rockstars had a massive 2014 and 2015 is about to see them pick up where last year left off.

Their debut album Doomsday was released in December and have seen it gain some fantastic reviews from all over the world including a 10/10 from Powerplay UK and here at home.
Their goth rock, industrial tinged sonics appealing to music scribes the world over and lauded for its different and fresh approach to what everyone else is doing right now.

Self produced and recorded at several studios around Sydney, the opus was then mixed by Darren ‘JENK’ Jenkins and yields a shattering, riff heavy sound while retaining a melodic catchiness to rival ebola!
Doomsday represents the perfect opening statement from a band armed and ready to take the world by its throat and slam it into willing submission.

Graveyard Rockstars have a stack of shows coming up and have just been announced as support in Sydney and Melbourne for Ace Frehley!