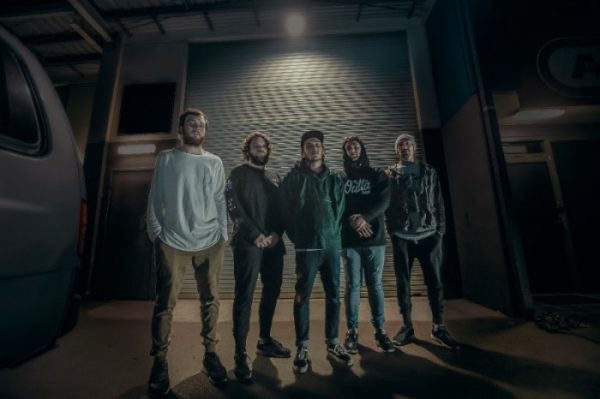 To celebrate the release of their debut album Monster out October 21st, Graves are hitting the road as hard as they can, and they’re bringing a few friends along who know how to hit just as hard. December will see the Wollongong outfit joined by Texan hardcore legends Kublai Khan, as well as two local bands to keep an eye on in the coming year, Sydney’s Justice For The Damned, and Perth’s Cursed Earth.

2016 has been one of highs and lows for Graves, but their persistence through these times proves that hard work pays off. They are the second band to join Australia’s newest record label Greyscale Records, who instantly gravitated to Graves’ desire to bare their soul completely on the very dark Monster. A release that’s lyrical content features an in-depth look into how we perceive the monsters within ourselves. After touring alongside the likes of Confession and Parkway Drive, Graves are taking that next step into the spotlight and will prove it’s where they belong.

Kublai Khan are known for many things, but above all they are known for their DIY ethic and their take no prisoners attitude. They’ve been making waves throughout the international hardcore scenes, because of their intense live shows and impassioned message; now they’re bringing all that and more to Australian shores. Everything that Kublai Khan stands for is mirrored perfectly by Justice For The Damned and Cursed Earth. Justice most recently supporting Thy Art Is Murder, showed Australian fans that the future is bright for heavy music, while Cursed Earth saw their most recent release garnishing international attention, being released by Holy Roar Records alongside UK heavy weights Rolo Tomasi and Employed To Serve.

TICKETS ON FRIDAY 30th SEPTEMBER AT 9AM
www.tickets.destroyalllines.com