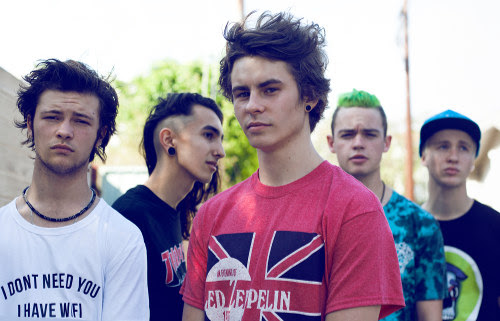 It’s a pretty good day for 15-year-old Brandon Alexander as he stares at his phone and watches the band’s social media numbers tick up just two weeks after going online for the first time. Their YouTube video they recorded of P!nk’s hit ‘Just Like Fire’ has not only caught the attention of new fans across Australia, but it’s caught the attention of the artist herself.

Now thousands of followers later, Kid Zr0 have announced their first inner-city headline show in Sydney on Saturday October 29 at The Lair @ The Metro.

The band have created some amazing originals as well as had fun covering some of their favourites from the charts, honing their musical chops quickly and using social media to spread the gospel according to Kid Zr0.
KID ZR0 PLAY THE LAIR @ THE METRO OCTOBER 29