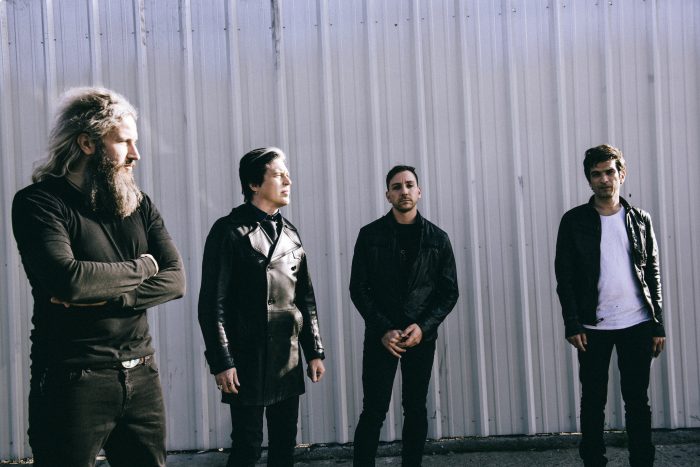 Fans can get Sentient as an instant download by clicking HERE to pre-order ECHOLOCATION.

Recorded at Sencit Studios in Los Angeles (with additional tracking at Casa De Leones Studios), ECHOLOCATION was produced by the band and mixed by Ken Andrews (Beck, A Perfect Circle) and follows the 8-song Gone Is Gone release, which drew coverage from a plethora of media outlets, including Pitchfork, Consequence of Sound, Billboard, NME, Stereogum and Rolling Stone, who praised the record for “transcending with herculean heaviness.” Asked about the evolution from the EP to ECHOLOCATION, Mike Zarin says, “We were able to expand on ideas that were explored early on and really build on them. By the time we got to working on the album, everything had clicked and we knew ‘this is what this is going to be.’ And that made a huge difference.”