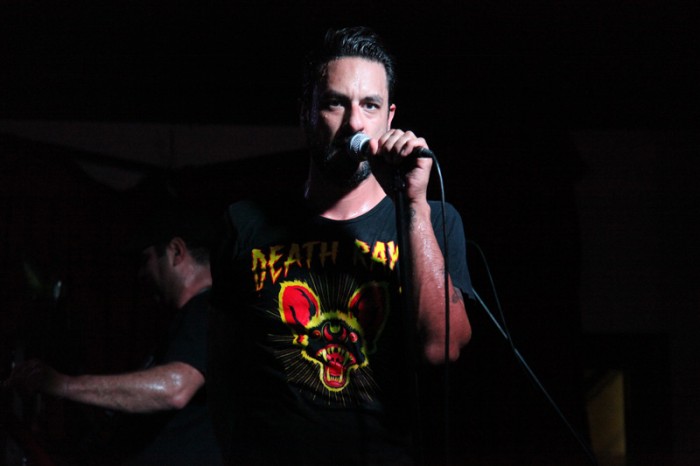 Strung Out are back on our shores for there own headline tour thanks to Blue Murder Touring Company. And they aren’t just making there away across big cities, they are hitting up regional areas of this great big land of ours as well.

So When we saw they were playing at a place called the Fitzroy Hotel Windsor we thought what better way is there to see these Punk Icons then in a venue where you can up close and personal with the band.

Strung Out aren’t alone on this tour they have bought label mates Pears with them, a Punk rock band from New Orleans, Louisiana. Sadly tho on this particular night the lead singer Zach Quinn had put himself in the hospital that very evening, how punk rock i thought. But not to worry the show must go on and i am told he is doing fine and played the very next night at the Sydney Metro Theatre show and will be playing all other shows after that. Make sure you catch them where ever you can.

The Fitzroy Hotel In Windsor is a pub up front live music venue up the back with capacity of say no more then 200 and tonight they had filled it up but fully to capacity. The stage lights go dim the music of Queens Fat Bottom Girls plays through out the speakers and the part usually that goes ‘Fat Bottom Girls you make the rockin world go’ round is sung over with the words Fat Wreck records instead. 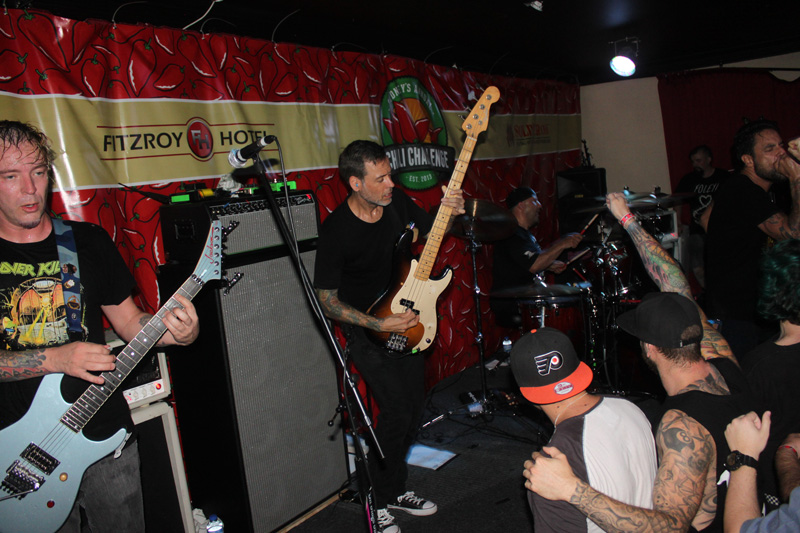 Then its straight down to business opening with Virginia Madison, Never Good Enough then on Harms Way the crowd really started moving.  Not content with the energy levels in the room lead singer Jason Cruz gets down with the punters on the dance floor for Velvet Alley.

Two new tracks Rats in the walls and Rebellion of the snakes from the latest album Transmission Alpha Delta  sounded really good live along with West Coast Trendkill which was played much later in the set. Committing on how dead the town of Windsor is Jason tells us a tale of the only place he found open local Windsor brothel where he will be going after the show as we all have a good chuckle. 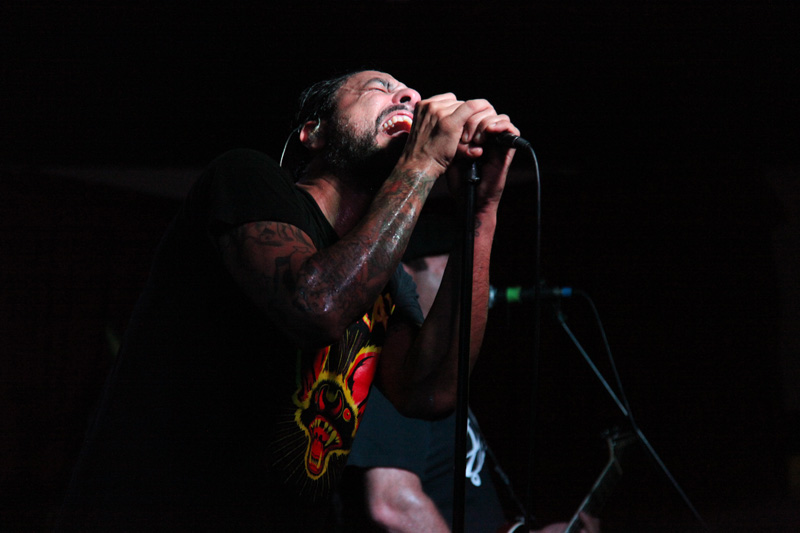 I can’t tell you every track had the crowd going flat out but some of there biggest numbers like Everyday, Firecracker, Matchbook and Too Close To See really went off. In between tracks we got the usual crowd banter but it was nice to hear an admission from guitarist Jake Kiley (read SCENEzine interview with him here) that they prefer these intimate club shows where they can get up close to there fans and got up close they did.

There were a few technical hiccups and by the end a few broke pieces of equipment along the way, maybe it was just the awesome ness that is Strung Out, was too much for the local PA. The faulty microphone issue made lead singer Jason Cruz a bit unhappy. But in the end none of that mattered as for the band was tight there energy abundant and there love and appreciation for there loyal fans shone through and us fans reciprocated by singing along as loud and as proud as we could. 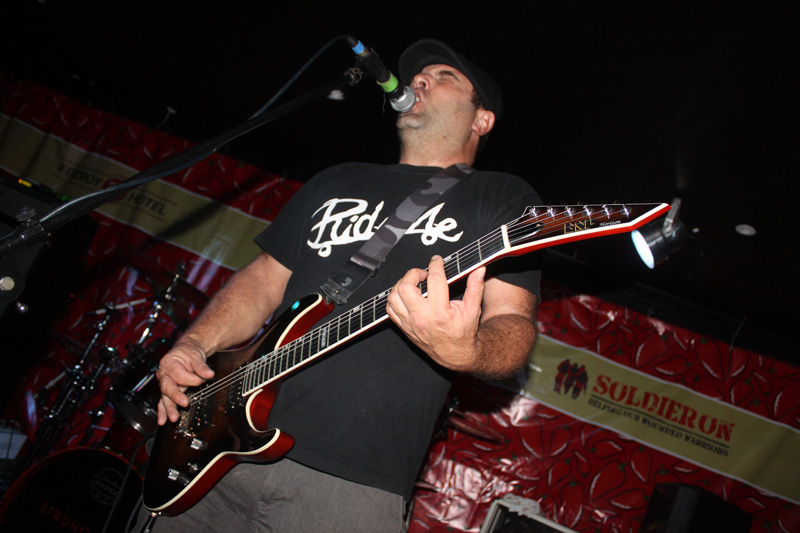 They close out the set after playing for an hour more using up all the energy they had in them with Too Close To See a track that is almost 20 years old followed by Dead Spaces and ending it all with Soulmate and thats when the crowd finally gave it there all jumping higher then they had jumped all night. 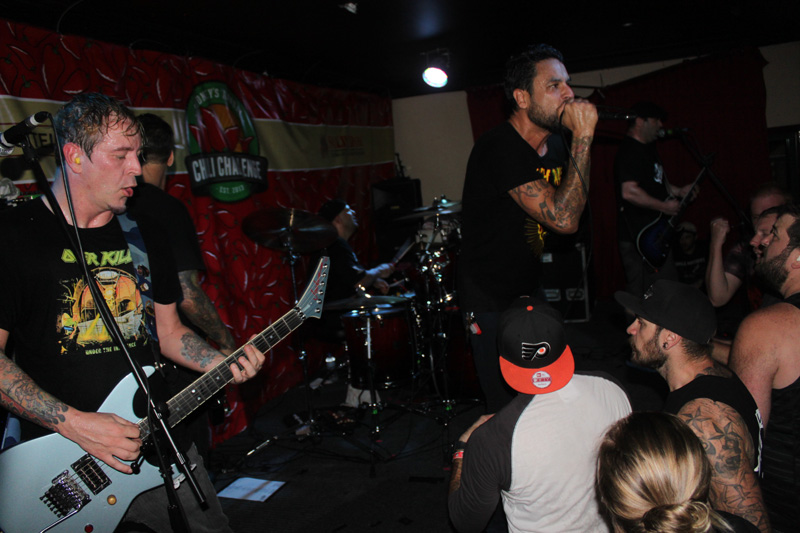 There are plenty more dates on this Australian and New Zealand tour so make sure you head on out there and catch them live because you won’t be disappointed and if you can make it too two shows in one week or more then i think you should do so because they have taken the time to get out to see you.