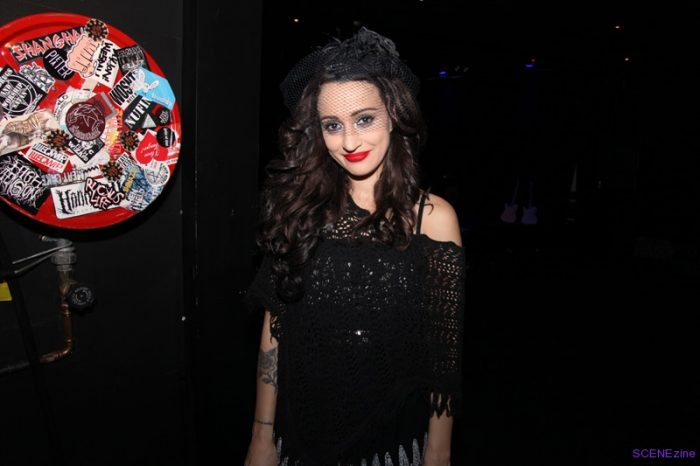 On a chilly Spring Monday night it was time for some country twang to heat up Newtown Social Club. Canadian born and now residing in Nashville USA Lindi Ortega is in town to headline a night of country goodness. Lindi is in Australia for the Out On The Weekend festival but Sydney siders were luck enough to get a sideshow.

First up on stage was Aussie lad Callum Wylie giving punters a taste of his own brand of folk country. Next on stage was American brothers The Cactus Blossums who crooned their way through a set of harmony filled Americana country ballads. The audience listened intently as the clean cut Jack and Page took us back in time with their slowed down melodies that echoed through the now full venue.

After a short break the time had come for Lindi to take the stage. Accompanied by her fellow Canadian drummer and guitarist she burst onstage with a swagger and smirk that instantly lit up the room. She drew from her ever growing catalogue of songs keeping it upbeat at the start with “run amuck”. Lindi would mix it up through the set sometimes playing acoustic guitar to give the songs a fuller sound. Lindi bares her soul on “Ashes” displaying both her powerful vocals and well crafted song writing. Everyone’s toes were tapping when she played the playful track “run-down neighbourhood”. Lindi also covered the classic “to love somebody” giving us her take on this timeless song.

She would finish off the set with the beautiful track “tin star” that had the crowd captivated from the first lyric. But that wasn’t to be the end as she returned to the stage for an encore that featured a cover of Johnny Cash’s “ring of fire”.

For those in the audience who’ve never been to Nashville it sure felt like we were transported there tonight. Lindi could very well be Canada’s best kept secret but with her soulful country storytelling style songs hopefully Lindi sees the recognition she deserves. She’s kind of like a mix of Amy Winehouse, Lana Del Rey and Dolly Parton. She’s sassy, cute, quirky, fun but most of all a talented star on the rise. Looking forward to seeing Lindi return to Sydney someday and judging by the crowd they all felt the same.