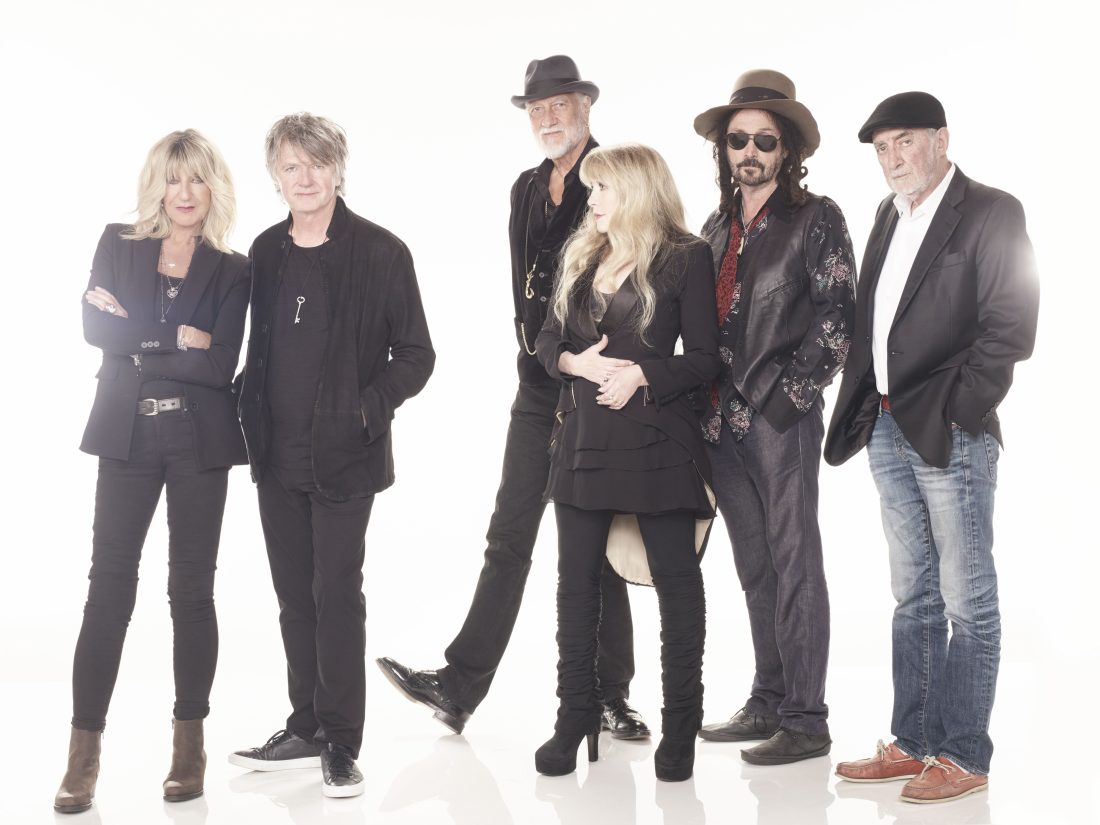 The legendary Fleetwood Mac have began their massive national arena tour of Australia. Demand for tickets to see the GRAMMY-award winning band were so huge, that in Sydney alone there is four shows the first being tonight at Qudos Bank Arena.

There is no need for a warm up act, Fleetwood Mac have a back catalogue of hits so vast it will take a good two hours to get thought them all. This is a band that were making hits before I was born and continued to do so long after.

We all take our seats in the Arena and out walks the band with new line-up of Mick Fleetwood, John McVie, Stevie Nicks, and Christine McVie along with newcomers Mike Campbell and Neil Finn all being cheered on stage by fans across many generations, they waste no time in getting us rocking along with The Chain.

Having Neil Finn in the band is something special. Seeing him and Stevie Nicks up on stage harmonising so perfectly together and the way they looked at each other, it was like two old friends that had been doing this for years. It was my hope that with Neil in the band we might get to see something extra special and that we did. At first a bit of Split Enz and then later in the set one of those truly unique live music moments Mick Fleetwood would step out from behind the drums and intro Don’t Dream Its Over by Crowded House and for the second verse Stevie Nicks would duet with Neil it was one of those once in a life time live music moments that is forever incased in my memories.

Fleetwood Mac have written many hits songs including Black Magic Woman a hit song for Santana but originally written by Peter Green, a fact that even Stevie herself was unaware of. Mike Campbell doing a superb job on guitar during the song and all night in fact. Mike is a new addition to the Fleetwood Mac line up joining after his former band mate Tom Petty passed away. During the encore they would pay tribute to their friend with a stunning cover of Free Fallin.

The show tonight was just filled with these magical musical moments. I swear we could have danced until the sun came up and in the final few songs we almost did just that. First up we got hips swaying to Go Your Own Way and then to finish it all off our feet were stomping to Don’t Stop.

Tonight was my first ever time seeing this iconic band live and what a truly special show it was. Mick Fleetwood said at the end of the show that they still do this because they love it and you could see that throughout the whole performance it was true. If you can, go get tickets and see these amazing collection of songs being performed live with such a unique blend of talents on one stage.