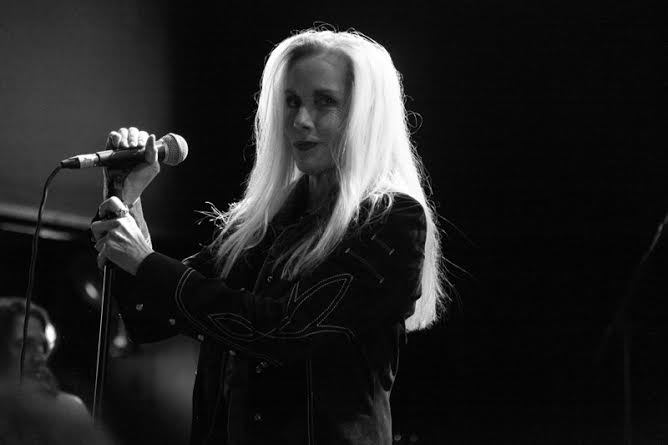 If time travel was possible then The Runaways are on my top 5 list of bands to see in there hey day. I have seen Joan Jet and loved every minute of it, but tonight touring for the first time ever in Australia, I got to see the Cherry Bomb herself Cherie Currie who takes to the stage looking fantastic and sounding just as sexy.

Things get rocking straight away with the opening song American Nights, then its a into Lou Reeds Rock N Roll and when she sang ‘Its alright‘ we would sing ‘All right’ straight back, crowd participation on singing duties would be a big part of the show tonight and not once did we let her down as for every time she put the microphone to one of the gathered faithful up front they would sing every word and line perfectly just like true fans do. After the song finishes Cherie takes a moment to tell us how thrilled she is to be down here and that she has waited 40 years, wow i think to myself how lucky am i to be here and now present in this time to witness and be part of something special for her and for us the fans.

Before playing Rock N Roll Rosie Cherie explains her feelings about Suzie Quatro and who with out there would be no Runaways and how much of an honour it was for her to be asked to write the track for film, its a rocking track and has the place pumping. But it was when the setlist moved into Runaways tracks Day Or Night and Roxy Roller that things got turned up a notch. Before playing Queen of Noise we get a funny little story about writing the song and how Runaways band mate Lita Ford wasn’t a big fan and asked her why she doesn’t like Sabbath to which Cherie replied ‘i do like Sabbath i just don’t write like them’ lol.

In our interview with Cherie she talks about her love for David Bowie and tonight up on stage something truly moving happened, you could already hear the great sadness in her voice as she talked about his passing and the effect it has had not just for herself but for all of us, and it was during her tribute to Bowie as she sang Lady Grinning Soul that things got real raw and emotional as she was moved to tears and we become moved by this real emotional out pour before us on stage, things don’t stay somber for long as key change shifts us in to the more up beat Rebel Rebel.

Before the David Bowie tribute an audience member had yelled out a request to hear Believe from Cherie’s latest album Reverie and she is more then happy to accommodate playing it and then a Kiss cover Do You Love Me. What was played next is absolutely unmistakable as the crowd begin to move and sing Hello Daddy, hello Mom I’m your ch ch ch ch ch CHERRY BOMB !

It is the best song to end the night on, we get a thanks for coming out, I love you and God bless, Cherie signs some stuff for the fans up front and then its exit stage left. I haft to say the mostly older crowd do a better job of sticking around and cheering for one more song then the kids of today, their clapping whistling an howls were most impressive but alas it wasn’t to be.

All in all we had a great night of rock n roll it was almost like being able to time travel getting to hear the songs that captured a generation an laid the foundations for the future generations of bands to come. The tour isn’t over yet so if you want to experience time travel or just wanting to have a rocking good time then don’t walk but RUN and catch the next show. 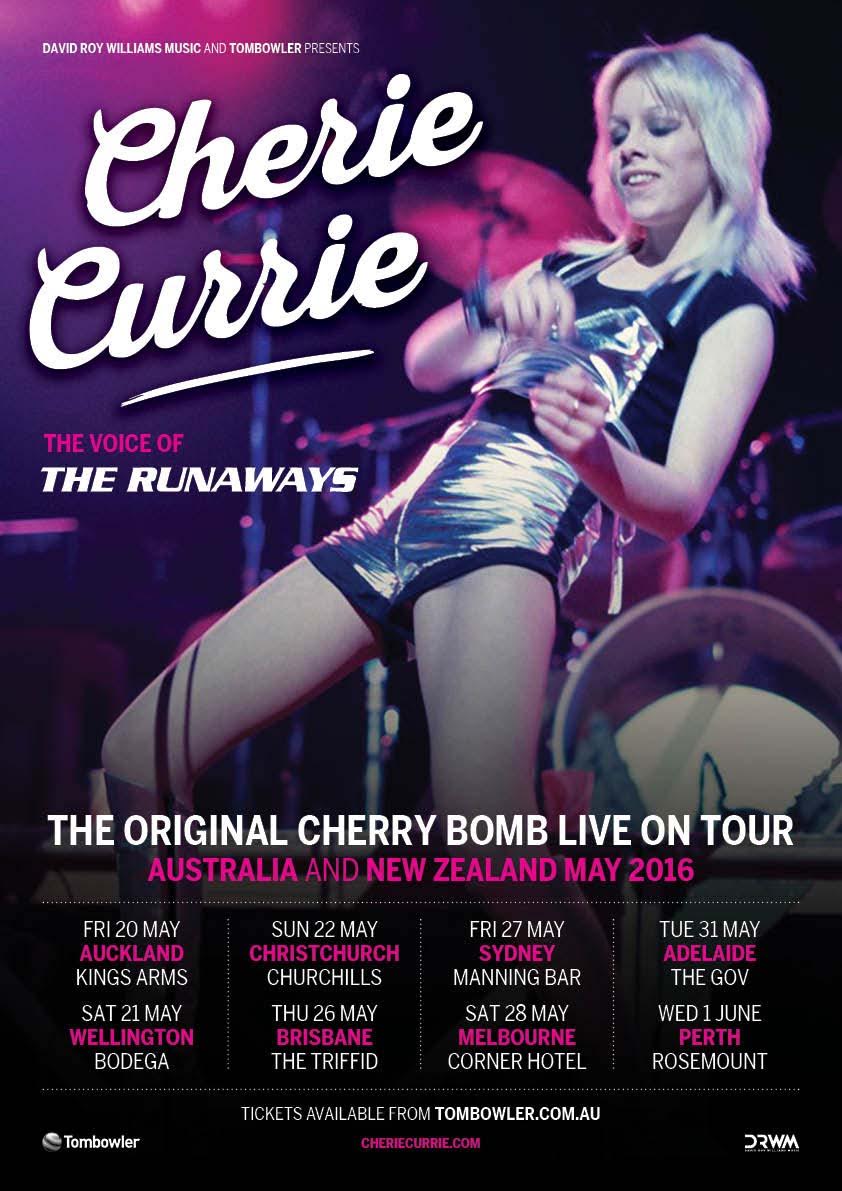