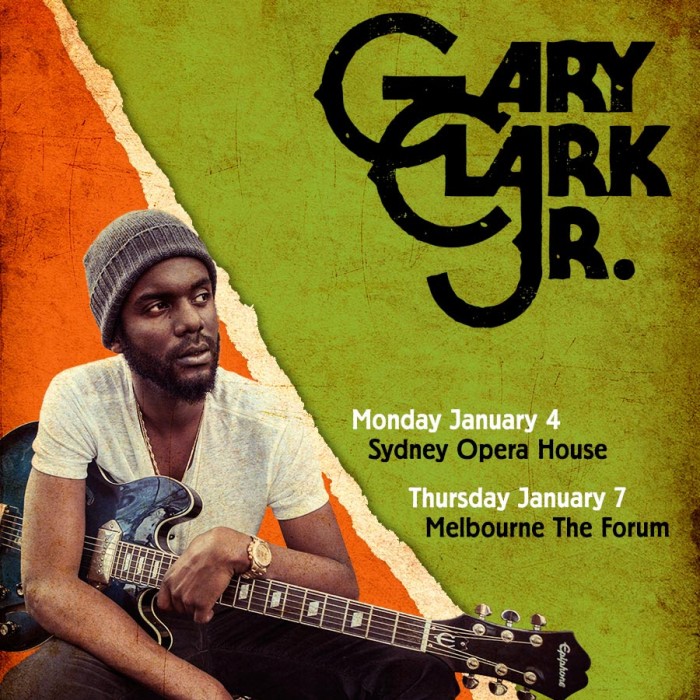 A regular visitor to Australia and heading out for Falls Festival 2016, Clark will take to the stage for headline shows at the Sydney Opera House on January 4 and The Forum, Melbourne on January 7.

The shows follow the release last month of his second full-length studio album, The Story of Sonny Boy Slim (Warner Music Australia), featuring lead tracks ‘The Healing’ and ‘Grinder’. Inspired by his southern roots the 13-track album was written, produced and arranged by Clark and recorded in his native Austin, Texas.

Gary Clark Jr. is one of guitar’s modern heroes, drawing audiences from all corners of the world, acclaim from peers and public alike, and hailed as ‘the future of Texan blues’.

Clark returns to Australia for Falls Festival and Southbound Festival, plus these two not-to-be-missed performances in Melbourne and Sydney, January 2016.