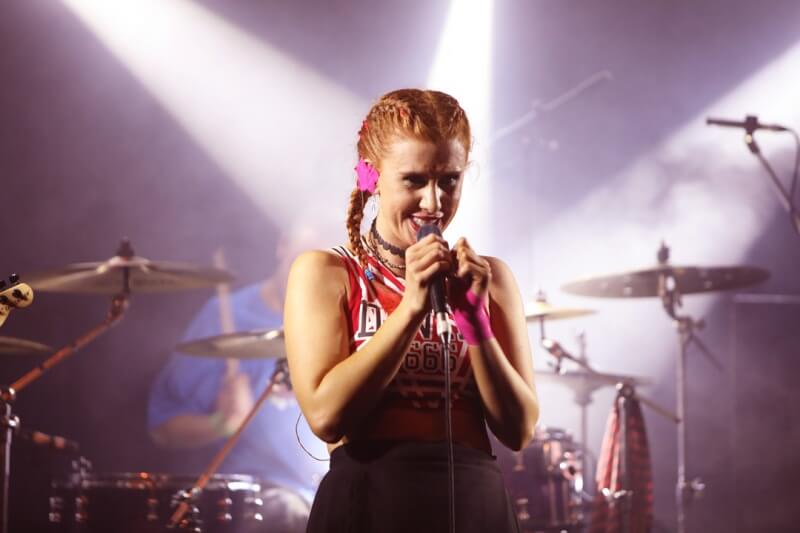 Sydney’s Crowbar through a crowdfunding campaign has been saved from certain death. That means live music is back baby! Tonight Red Hook are celebrating the release of their new EP Bad Decisions. With the band playing two shows in the one night it’s sure to be a big night for them. Warming up the crowd were local support bands Wolf Creek and Vilify who both played ferocious sets getting the crowd riled up for what was to come.

Red Hook took to the stage with an immediate energy that was infectious kicking off their set with “Only Bones”.  Vocalist Emmy had the crowd in the palm of her hand with her quirky demena as they took things up another level with “Cure 4 Psycho”. The gig felt like pre covid days with the crowd in full voice and moshing in abundance.

The show was capped off by an encore paying homage to Rage Against The Machine with the band doing a high energy cover of “Guerilla Radio”. While Red Hook may be the weird apples of the Australian music scene it’s definitely not a bad decision to see them live.

REDHOOK
BAD DECISIONS TOUR
All tickets on sale via weareredhook.com