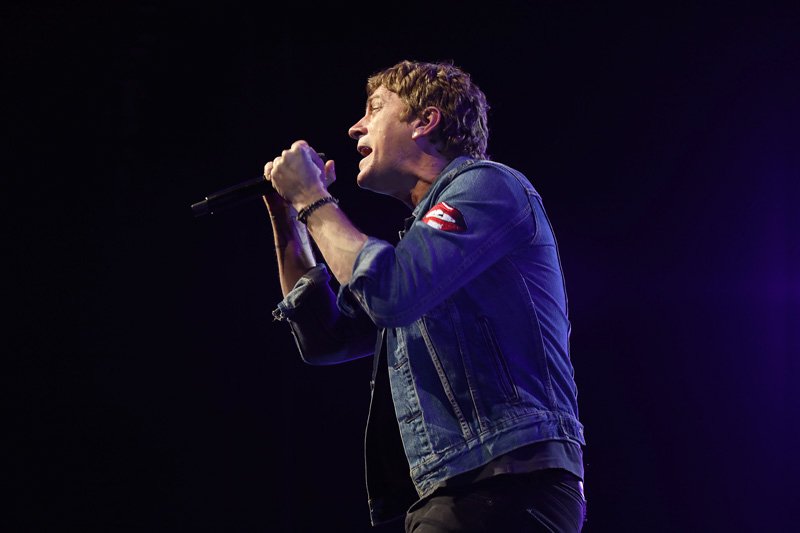 Things are starting to heat up in Sydney Australia but tonight even more so because one of the worlds hottest rock singers Rob Thomas is playing ICC Theatre Sydney. Rob is currently touring Australia in celebration of his latest album Chip Tooth Smile. With now four solo albums under his belt along with four Matchbox 20 albums he has quite the catalogue to choose from for tonight’s show.

Warming up the crowd was an iconic familiar face Daryl Braithwaite. With the majority of the venue inside, seated and cheering for Daryl you could tell he’s adored. Daryl was in a jovial mood and even told the audience he wasn’t going to play “horses” tonight. He played a mix of his solo songs and Sherbert classis that kept everyone higher than hope. To finish his set he played an extended version of “the horses” leading the entire theatre in a sing along we wont soon forget.

It wasn’t long before the time had arrived that we were all here for. Rob Thomas took to the stage with trademark cheeky swagger kicking off the evening with new song “I Love It”. From then on his solo hits kept on rolling with “Lonely no more”, “Little wonders” and “Someday” a few of the stand out tracks.
Throughout the night Rob would tell stories to intro songs and explained how important it is to live in the moment and remain grateful. He also displayed his musicianship by switching between just vocals to piano and guitars.

With the vast amount of solo songs Rob has it was great to see we were also treated to some re-worked Matchbox 20 songs “If you’re gone”, “3 AM” and “Unwell” all gave us the nostalgia we needed. Personally two of the absolute highlights of the night were hearing him cover “lets dance” by David Bowie” and when Rob was joined on stage by ten year old Australian guitar prodigy Taj for “smooth”.

Although tonight was all about Rob Thomas and his pop rock signature voice I have to mention how incredible his band was through the whole night. In fact the entire show sounded that good you could buy the live recording on CD straight after the show. There’s a reason why Rob Thomas keeps releasing music and touring, it’s because he genuinely loves it and we love him.