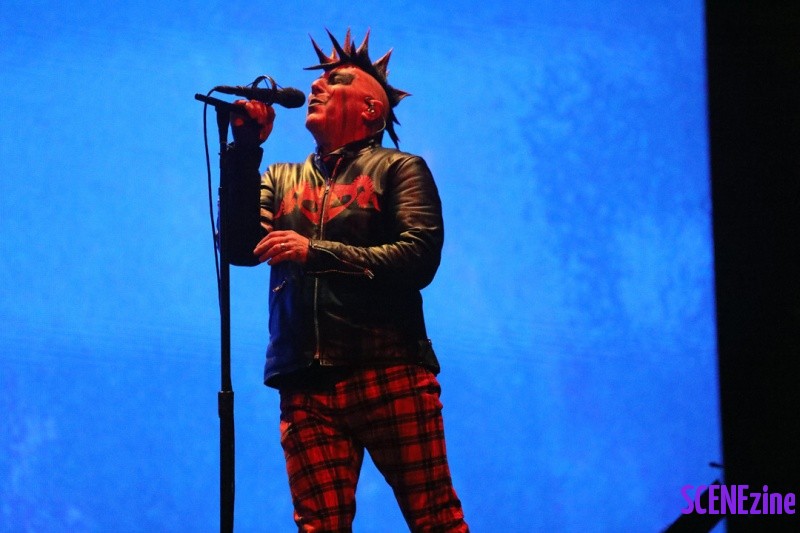 It has been seven years since Tool last stepped onto Australian shores, and now the wait is over as for in Sydney tonight the stage is set for singer Maynard James Keenan, drummer Danny Carey, guitarist Adam Jones and bassist Justin Chancellor to deliver what has already been announced as the most epic live music show of the summer.

Wow just wow from the moment I get into the sold out Sydney arena I get a sense that this show is going to be unlike anything I have ever seen. The excitement in the arena is so live you can almost taste it in the air.

The place goes dark, a sound rings out echoing in the darkness over the excited roar of the crowd and with some flashes of light the opening track Fear Inoculum begins. If you have never seen a Tool show before then you may be taken by surprise seeing the reluctant frontman up the back of the stage his silhouette nearly all that is visible, this only adds to visual stunning display the band creates.

Looking down at those packed in down the front it’s like watching an ocean but not a furious one full of mosh pitters, more like a calm one of human beings all swaying hypnotised and captivated, acting as one in their movements together tribal like rhyme dancing to some of the most epic tracks this band have ever produced. Ænema, an early track from the bands career receiving much love from the crowd. The night truly was a show case of their great musicianship with tracks taken from across their career plus a showcase of some of the best from their critically acclaimed fifth album Fear Inoculum and as the set built up to its final crescendo in the old school track Forty Six and 2 the stage once again goes dark with no sound and we have now a countdown clock getting us ready for the encore.

Almost like it’s NYE the countdown hits the 10 second mark and we count it in, the clock strikes and the stage is lit in its artistic spectacular a Chinese drum is played in almost striking silence, this is a drum solo unlike anything I have ever seen there is some thing almost mysterious about it. Now as the sequence of percussion builds our drummer moves to his weapon of mass destruction in instrumentation and rebuilds the momentum leading us into Invincible and for the finishing track the front man gives us a huge thank you before the last song and its a classic Stinkfist.

A Tool concert is a an experience that absorbs you not only in audio but the visual, the visual plays such an important part of this feature presentation . Tool truly are master crafts men having created a concert experience second to none with the heavy beating of drums the crunching metal of guitar’s all accompanied by a visual presentation that melds the mind and takes you places. I could not peel my eyes away for the screen, they mix this visual feast with the most spectacular laser show I have ever seen at an event and the sound inside the arena it’s like an echo in your brain being the most awesome soundtrack to the most beautiful nightmare. A visual feast and an extraordinary production of sight and sound.