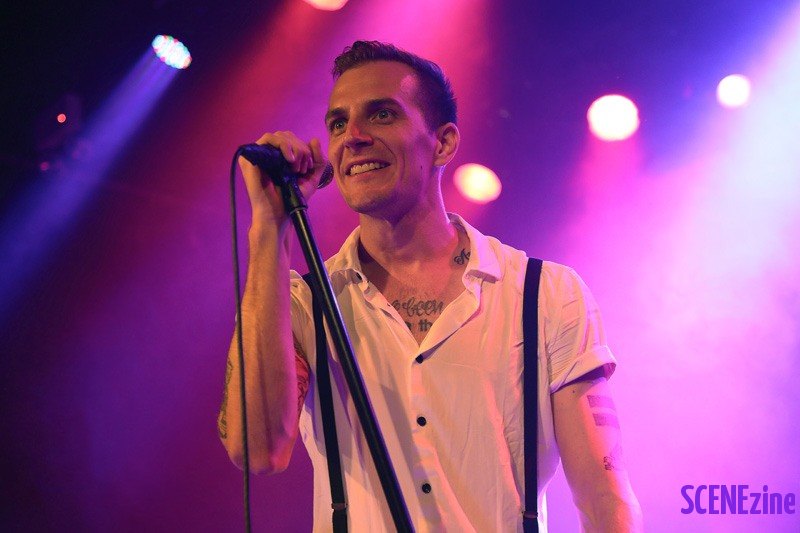 Arizona’s The Maine just can’t get enough of Australia they are currently on tour down here performing their biggest headlining shows yet during September. The tour is in honour of their seventh studio album You Are Okay .

Let me start off by saying how right ZZ Top were in addressing the fact that every girl goes crazy over a sharped dressed Maine. After two stellar warm up acts from Sinclaire and Down For Tomorrow, The Maine are now ready to woo the crowd and as they walk out on stage all looking sharp in their white formal attire the crowd goes crazy. They open with two of their latest songs Slip The Noose and Numb With Out You.

Frontman John O’Callahagn has a soaring voice and he really knows how to sweet talk the crowd. The man just oozes charisma at every turn he was engaging the crowd from showering them with Fruit Loops, singling out their number one super fan who is going to every Australian show, shouting one lucky punter a beer and for the song Taxi he made one fans rock dream comes true bringing him up on stage to sing along. The band themselves were stellar through the set , just building up the momentum. Their performance of Black Butterflies And Bad Behaviour was the highlight of the night and as the set finished up with Another Night On Mars we were asked to hold the person next to us even if they were a stranger and sway and sing along one last time. What a night, a total celebration of the music this band has made over the last twelve years.

Truly with this live performance The Maine have delivered on their pre tour promise that this run of Australian shows are not ones to miss. Tonights show at The Metro is absolute proof of the band’s desire to reinvent themselves, trying new ideas all the while delivering a sound that is second to none, mixed in with an energy that demands you move. Always showing so much love for their fans up on the stage tonight The Maine put everything they had into it, and had us in the crowd holding our hands up higher than ever and singing louder than we ever have before. If that wasn’t enough the band even came out to the merch desk after the show to meet all of their adoring fans.