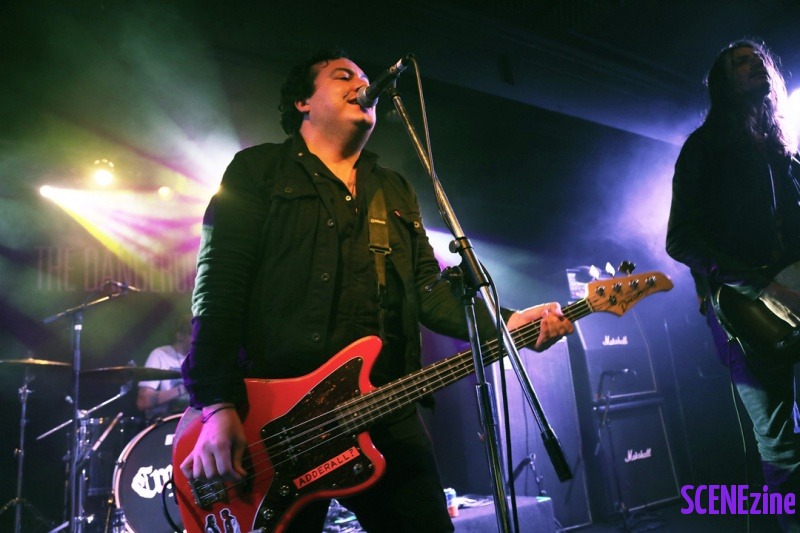 When the news broke back in 2017 that American emo rockers The Dangerous Summer were reforming Australian fans remained patiently hopeful for a return visit. Now in December of 2019 Aussie fans prayers have finally been answered as they band are celebrating Reach For The Sun 10th anniversary with a tour of the land down under.

The three opening bands supporting the Dangerous summer on tonight’s show at Crowbar Sydney were well received by the early crowd you had new upstarts Head Strong the fun Cambridge and the rocking Down For Tomorrow.

Album shows often go one of two ways from start to finish or mix it up the Dangerous Summer went with from start to finish. From the opening track Where I Want To Be to its closing track Never Feel Alone the audience was instantly connected with vocalist AJ Perdomo‘s unflinchingly honest and self analytical lyrics. The emotion would pour out of the speaker and gave us all those 2009 nostalgia feels. In between songs you got the crowd chanting chug it as the front man downed a bottle of JD in true rock fashion. But it wouldn’t be an Aussie audience if some one didn’t throw a show on stage and demand the band drink a beer from it which AJ was more than happy to oblige us with.

We had waited many summers to see this beloved band again so they wouldn’t leave us without a few new tracks from the latest album Mother Nature. Blind Ambition leading the way but the night had seen the band and fans really connect and enjoy each others company so to finish they took an audience request Infinite and AJ finished the show down at the barrier among the fans. What an awesome night it was exactly where I wanted to be and with every song The Dangerous Summer would help bring me back to life.