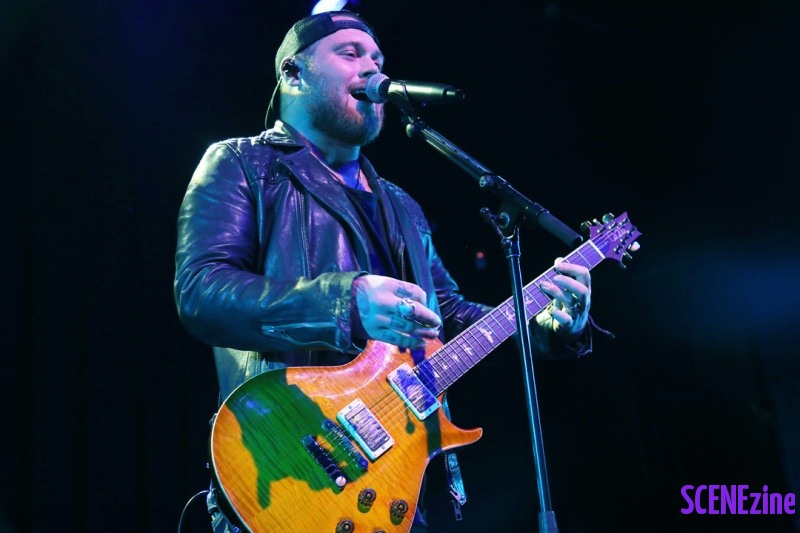 It is Friday night in the ole Sydney town and in what is a special pre xmas treat founder and vocalist of British metalcore royalty Asking Alexandria, vocalist Danny Worsnop is in town to play a special solo set at the Manning Bar. This is actually the frontman’s first set of Australian dates since 2014’s Soundwave Festival and even though it is just him touring in support of his solo work eager fans are keen to get up close and personal this evening.

The acoustic evening has two support acts first up its Blake Cateris from Sydney band Molly & The Krells. Blakes music was in some parts about retaliation to heartbreak but over all felt like punk rock honesty I hope to catch him with his band mates real soon. Next up we have Brisbane native singer-songwriter Andy Mac another great home-grown talent Mac was stunning in his delivery of his own music and his cover of Rhianna’s Umbrella definitely a star on the rise.

The opening two acoustic sets gave the space at the Manning a real feel of intimacy as we sat round and absorb the music played for us. Now it was the man of the hours turn and he intended to turn the volume up blasting us with some AC/DC. Out comes a mate of Dannys who absolutely slayed it on an electric guitar and would do so all set and now you knew the set would be not acoustic but electric which is a good way to describe it. When Danny walks on stage the crowd cheers we all rush up to the very front with no barrier and get up close and personal, he opens things up with Ain’t Feeling Sorry from his latest album Shades of Blue.

Worsnop is a name synonymous with on-stage charisma and pure vocal talent and that rang true tonight as his blues rock sound just filled up the room. He would keep us amused between songs with his bad jokes, sent out an apology from the band for neglecting us Australian fans and also one from Tommy Vext of Bad Wolves who was originally meant to accompany Worsnop on this tour but was unable to. So hopefully this just means a double bill from both bands in the future, a fan can only hope. The set was mostly filled with tracks from his latest album even dropped a new one on us as a special treat pre release date but I think it was in the set closer of Angel that he really shined as he bough his wife to the front of the stage and serenaded us and her with the sweet track. For the encore we got blasted with some Asking Alexandria metal core magic, Moving On done in acoustic solo sing along style.

Tonights show was really a unique treat for fans of Worsnop solo work and Asking Alexandria. I’m sure he will keep his promise to return soon with the band but until then head out and catch him: