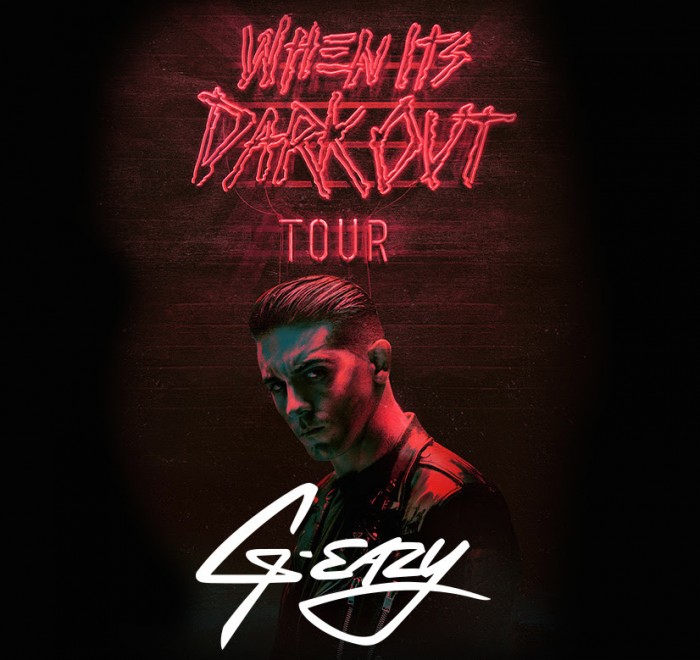 Today, acclaimed rapper G-EAZY has announced the dates for his 2016 When It’s Dark Out world tour. The tour in support of G-Eazy’s highly anticipated sophomore album When It’s Dark Out (due out December 4) heads to Australia this March.

Telstra Thanks is bringing an exciting 48-hour pre-sale just for Telstra customers from 9am Thursday, November 12 until 9am Saturday, November 14. For more information on how to purchase, visit:telstra.com/music.

Quickly becoming known for being one of his generation’s most exciting live performers, G-Eazy’s incredible skills as an entertainer have not gone unnoticed. Having been named by USA Today one of the best and biggest hip-hop touring acts on the college circuit, G-Eazy has toured relentlessly for years. His most recent tour, “From The Bay To The Universe” which sold more than 100,000 tickets and 60 sold-out shows, took G-Eazy across the globe, including North America, Europe, Australia and New Zealand. This year, G-Eazy played a slew of the biggest music festivals across North America and Europe, including Outside Lands, Roskilde, Wireless Festival, closing sets at Lollapalooza and Bonaroo, and most recently Austin City Limits.