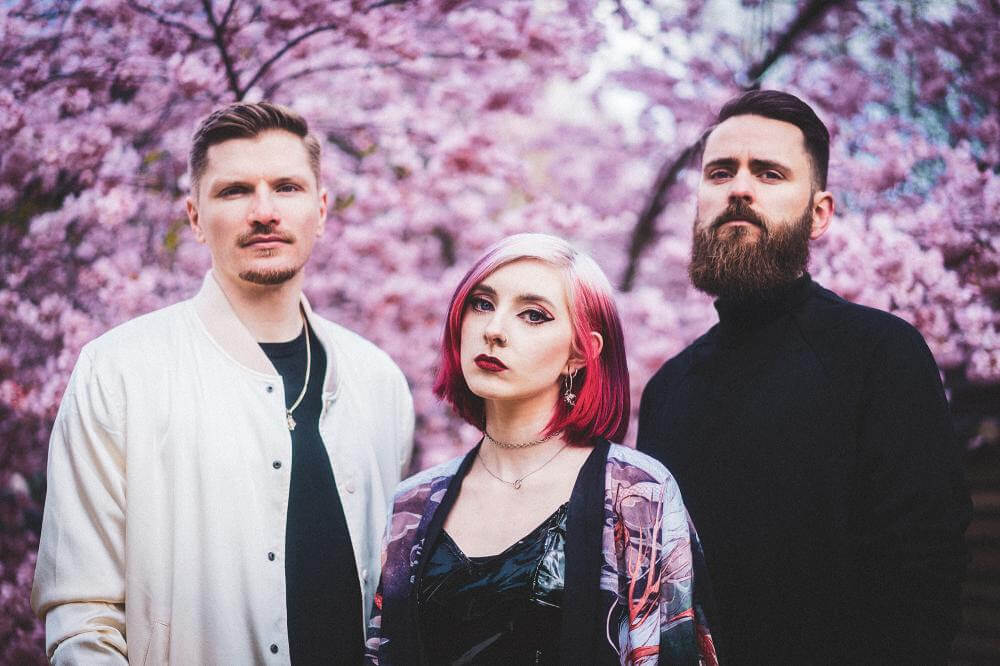 The world has never been a gracious place. But for a long time mankind did not long as much for hope than during the last one and a half years.
With their new single ‘Heads Up‘ the Berlin post-hardcore trio Future Palace wrote a bombastic hymn about the fight against depression, which arose above all in the hopeless impression of the pandemic and thus creates a profound relevance. Musically the band relies on a sound that can truly reflect such a conflict: heavy riffs determine the astonishingly sharp yet melodic guitar work which is reminiscent of the latest tunes by the Sheffield metalcore gods Bring Me The Horizon and thus reveals an almost cinematic staging for the war against inner demons.

This aesthetic is increased by the huge C-Part, in which Future Palace show a hitherto completely unknown severity and highlight the scream vocals of singer Maria that can already be heard on the previous single ‘Paradise‘. At the centre of this aggressive sound garment, however, is always the courage to fight your way out of your own abysm.

“For me the song is a motivating ray of light in the pandemic”, comments singer Maria. “It is written honestly, bitterly and full of self-hatred, and yet it conveys the message that one literally must not despair, no matter how stressful the current situation in life is.”

Together with the release of ‘Heads Up‘, Future Palace announce their second album »Run«, which will be released on June 10th, 2022 and can now be pre-ordered. The recently released single ‘Paradise‘ will also be included on the record.