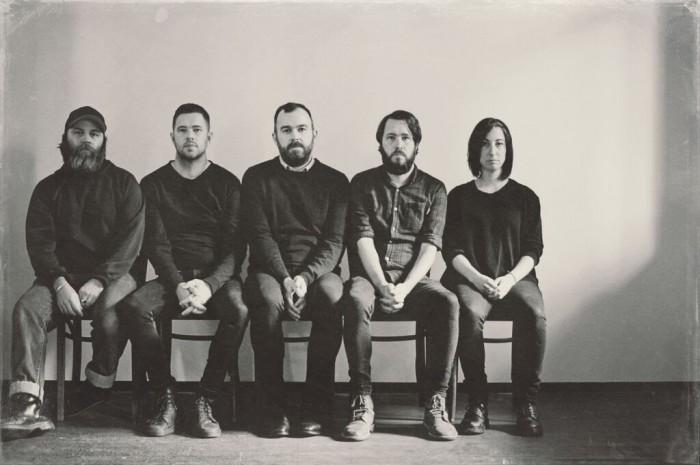 Ahead of their physical release this Friday, November 20, Fourteen Nights At Sea’s third full length album, ‘Minor Light’ is now available to stream via Hobbledehoy for all your listening pleasure!

The group has also announced that they’ll be joining Japanese post-rock powerhouse, MONO in Melbourne and Sydney this December 5 and 6, don’t miss this opportunity to experience first hand what this outfit is capable of in a live setting.

It’s tricky to distil what has made Fourteen Nights At Sea so compelling to so many critics and fans since the small collective of musicians operating from Melbourne, far from any industry buzz but firmly in the eye of their own storm of creativity, got together almost a decade ago.

Two and a half years on from their sophomore release Great North, they’ve fashioned a third full-length album of tremendous beauty and depth, played with a dark, wistful restraint throughout… they call it Minor Light and Hobbledehoy Records is proud to release it onNovember 20, available on vinyl, CD and digital formats.

As individuals, they maintain their busy lifestyles in and out of the music scene, but nothing comes close to what occurs when Fourteen Nights At Sea come together onstage or in a room with a tape rolling; the musicians keep their heads down, creating wonderful multi-movement instrumental works, overflowing with attention to tone and timbre.

All this is reflected in the power and beauty of Minor Light. It’s eerie and iridescent, composed and captured with mesmerising attention to detail, guided by the band’s most intricate and intimate guitar passages to date, full of delicate transitions and soulful punctuations.

While the band works with the transition from Drew Watson to long time friend / engineerLara Soulio, a stronger Fourteen Nights At Sea works its slow build and burn with newfound patience, sinuousness and ferocity.