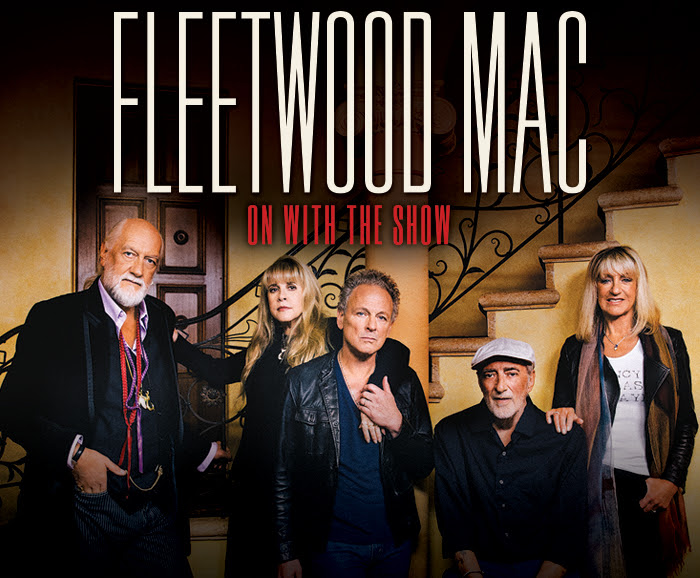 Critically acclaimed Australian duo ANGUS & JULIA STONE have today been announced as ‘very special guests’ – on all outdoor shows – opening for the legendaryFLEETWOOD MAC during their On With The Show World Tour in Australia and New Zealand this October/November.

Angus & Julia Stone will perform at the Perth, Adelaide, Hunter Valley and Geelong shows in Australia, as well as all New Zealand dates.

Since the release of their latest and self-titled album, produced by the legendary Rick Rubin, Angus and Julia Stone have been playing to sell out audiences across Europe, UK, US and Canada and Australia. In addition, they also recently played at Coachella and the New York City’s Governor’s Ball and before returning to open for Fleetwood Mac, Angus and Julia will continue playing various festivals throughout Europe and North America including Chicago’s Lollapalooza Festival and San Francisco’s Outside Lands Festival.

Angus and Julia’s #1 album has reached platinum status in Australia, and topped the charts in France and Switzerland. The album has also given the duo a #5 iTunes album in Botswana, Belgium, Luxembourg and Germany. The current single called ‘From The Stalls’ has just been released, and the stunning video can be viewed here.

Also joining the tour at Australian winery shows of Mt Duneed Estate in Geelong on November 7, and the two Hope Estate Winery shows in the Hunter Valley on November 14 and November 15, will be Melbourne’s STONEFIELD who have spent the past two years touring relentlessly. Stonefield have just released their new single ‘Golden Dream’, the first taste of new music from the Findlay sisters that showcases a dreamier, more psychedelic sound than previously heard from the four-piece.

Fleetwood Mac will be touring as a five-piece for the first time since 1998, and the On With The ShowWorld Tour will mark their first series of concert dates in Australia and New Zealand since 2009’s sold-out Unleashed Tour.

The five band members from the band’s classic and most successful line up are back together, with Christine McVie rejoining band mates Mick Fleetwood, John McVie, Lindsey Buckingham and Stevie Nicks after a 16-year absence.

The On With The Show Tour will see Fleetwood Mac on stage for close to two and a half hours, showcasing hits and classic songs from their career that spans more than four decades and global album sales in excess of 100 million, including songs such as: “The Chain”, “Dreams”, “Second Hand News”, “Rhiannon”, “Sara”, “Gold Dust Woman”, “Tusk”, “Looking Out for Love”, “Don’t Stop”, “Go Your Own Way”…and the list goes on and on.

Proving to be one of the hottest concert tickets of 2015, this is a tour not be missed!

MT DUNEED ESTATE, GEELONG**
SATURDAY NOVEMBER 7 – sold out
Presented by A Day On The Green