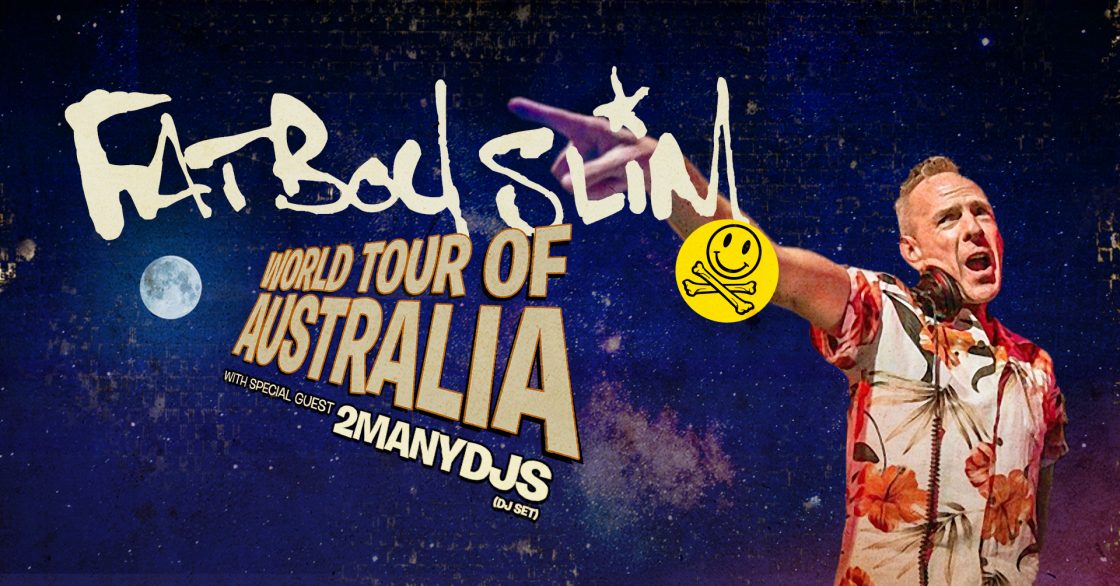 You’d better be ready to ‘Eat, Sleep, Rave, Repeat’ – announced today is the return of revered DJ and prolific producer Fatboy Slim for five huge Australian dates in January and February 2020. The party-starting machine is responsible for some of the biggest hits of the last few decades, but it’s his uncomparable energy and true passion for live shows that makes him the icon he is.

The legend of British dance music will launch his run of Australian shows on the long weekend eve in Melbourne at the Sidney Myer Music Bowl on Friday 24 January before heading north to Brisbane’s Riverstage on Saturday 25 January, Sydney Showgrounds’ The Halls on Friday 31 January, Adelaide’s Glenelg Beach on Saturday 1 February and wrapping things up at Whitfords Nodes Park in WA on Sunday 2 February. He will be joined at all shows by 2manydjs, aka David and Stephen Dewaele of Soulwax (DJ set).

More than your average DJ set, Fatboy Slim’s sets take things to a whole new level. Iconic singles like ‘Praise You’ and ‘Weapon Of Choice’ make an obvious appearance, but it is the attention to detail in his carefully designed visuals that elevate an already stellar performance to an almost religious experience, meticulously programmed to sync up with whatever is played in the moment and transcend the gap between live music and visual accompaniments.

Grab your tickets now for a party unlike any you’ve ever seen!