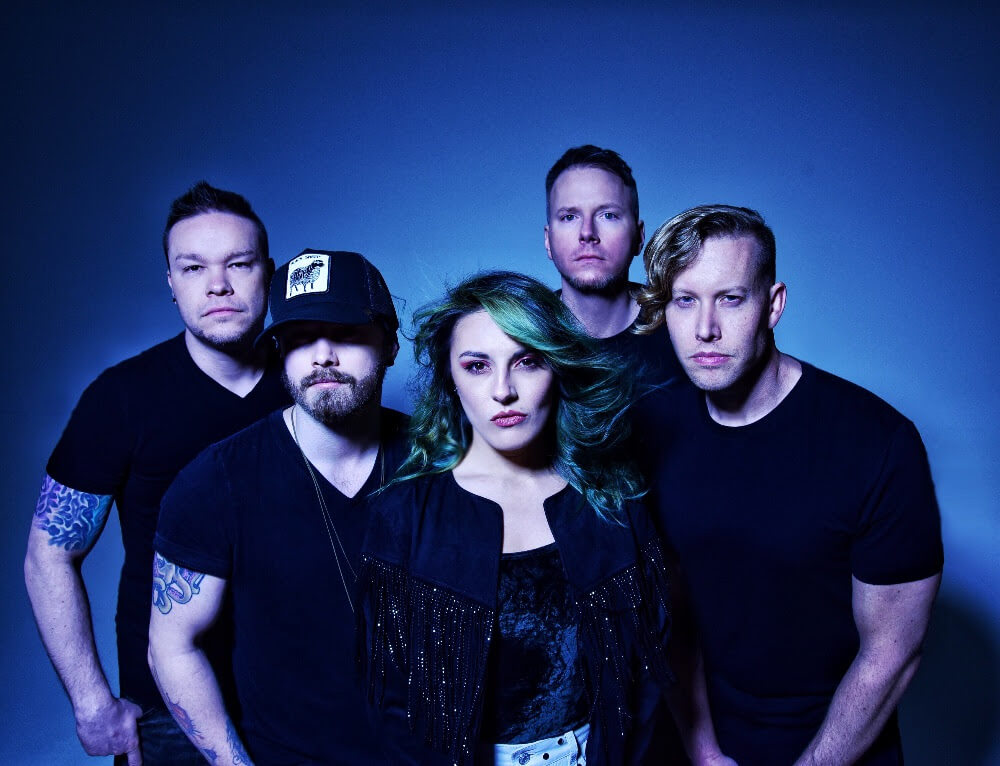 Detroit rockers Eva Under Fire just unleashed another high-energy headbanger titled “Comatose,” a collaboration with Jonathan Dörr from Ego Kill Talent, who lends his gritty vocals to the single. The track continues the band’s momentum of high-energy collaborations with it being released fresh off their teaming up with Spencer Charnas of Ice Nine Kills on “Blow” earlier this year.

“Comatose,” a welcomed follow-up, is a thrilling sonic experience, showcasing the band’s ability to go hard while staying vulnerable.“Comatose (featuring Jonathan Dörr of Ego Kill Talent)” is now available for stream or download across streaming platformsevaunderfire.ffm.to/comatose

Eva Marie, lead singer of the band, said of the new single, “This is one of the heaviest tracks on the album. The opening riff sets the tone for mosh pits and headbanging! I’m most excited to share the lyrics with the world. I believe it has a powerful message from a mental health and substance abuse perspective. Jonathan’s vocals give it an extra layer of passion and grit which I absolutely love.”

About his appearance on the track, Jonathan Dörr said, “‘Comatose’ is such a powerful song, with a strong meaning. And Eva’s voice sounds like a thunderstorm. It was awesome to sing along with her.”