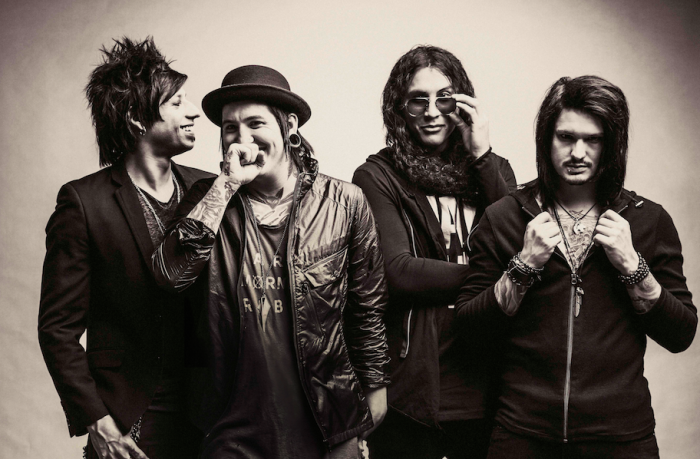 Las Vegas natives Escape The Fate have been slaying it on their current world tour and Australian fans will finally get their chance to witness a full headline tour this October. Stadium wrecking hooks and jackhammer breakdowns abound, Escape The Fate are bruisingly motivated and in the best shape of their career, meaning that fans are about to witness a new level of intensity and honesty in the bands live show.

“We’re coming for everyone and we aren’t taking any prisoners,” says vocalist Craig Mabbitt

They’ve always done it their way and now Hate Me sees them coming together as a team with their most stable line up in the bands history. Hate Me is Escape The Fate as a unity of musicians who worked together both musically and lyrically and the result is an album forged in stone.

Joining Escape The Fate as special guests on all dates are Melbourne’s rock/soul/ambient/metal maestros Dream On, Dreamer. A band who consistently turn heads both among industry stalwarts and fans alike, DOD’s relentless perseverance and musical creativity have elevated them to one of the most respected acts in heavy music. Their passion, originality and legendary crowd involvement will see each night on the tour start magically.

On sale Monday, July 11 @ 9.00am
www.tickets.destroyalllines.com

Hate Me is out now via Sony Music Australia
https://itunes.apple.com/au/album/hate-me/id1030722216

Watch the full video for Escape The Fate’s Alive here