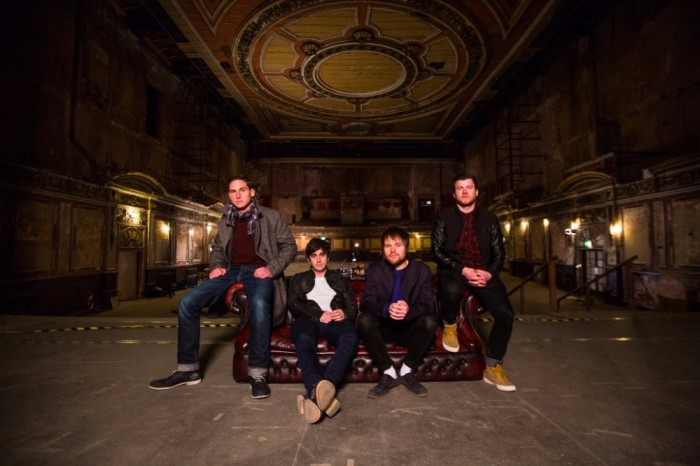 Enter Shikari are one of the most exciting live bands on the planet right now and their exhilarating live show has now been captured in all its glory in The Mindsweep Tour Documentary, released today ahead of their Australian tour in September with support from fellow UK band Hacktivist and Sydney’sStories.

Tickets for The Redshift Tour are on sale now.

For complete tour and ticketing details, visit: livenation.com.au & www.entershikari.com
February 2016: Enter Shikari head out on a tour of the UK, taking in some of the biggest venues they have ever headlined in their decade-long career. In the DIY fashion that the band have become synonymous with, the video screen content and programming for the front of house quadrophonic audio system has all been created and slaved over for months by the band themselves. Wary of the potential disaster/glorious victory that lies ahead – but never ones to shy away from lifting the curtain to show the inner-workings of their endeavours – the band consider it a wise move to ensure someone is on hand to capture it all on video.

Enter Shikari met photographer/videographer Alexey Makhov on one of their now regular trips to Russia; so when he mentioned his availability prior to the tour, it struck everyone as a no-brainer.

The resulting 30-minute mini-documentary mixes beautifully shot and edited live footage, behind the scenes access and candid interviews with the band, following them from the tour’s production rehearsals right through to its conclusion at a sold out show at London’s 9000 capacity Alexandra Palace.

Joining Enter Shikari in Australia this September will be fellow UK citizens HACKTIVIST. Born out of a studio jam between guitarist/producer Timfy James and MC J Hurley in late 2011, Hacktivist fuse the groove, attitude and brutality of metal, grime, hardcore and hip-hop to create a unique sound that has excited and divided audiences. Their debut self-titled EP was lauded by the likes of Metal Hammer, Rock Sound and Kerrang!, and even found its way to hip-hop publication Insomniac and went as far as The Guardian. Hacktivist went on to dominate main stages at Sonisphere, Rock Am Ring/Im Park in Germany, Download, T In The Park and Reading/Leeds festivals and they were last seen in Australia on Soundwave 2014. Earlier this year, the boys released their debut album via UNFD worldwide, which features a cameo from Enter Shikari frontman Rou Reynolds that will slay live.

Sydney’s Stories took the heavy music world by surprise when they dropped their top 50 ARIA chart debut last year, and since then the young band have cemented their reputation as an exceptional live band. Their last Australian headline tour saw sold out signs on box offices at all but one show.