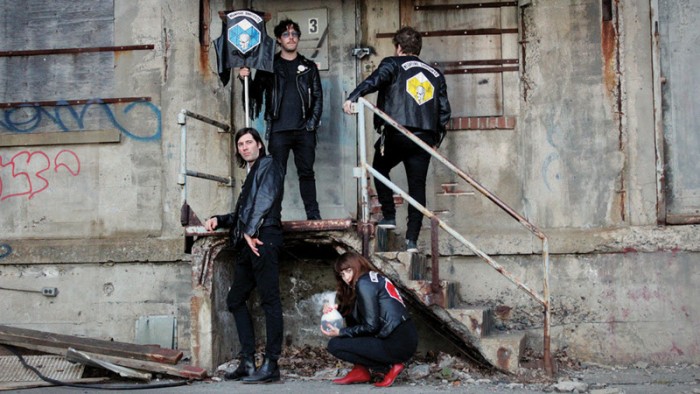 Montreal’s Duchess Says have delivered a lethal does of antagonistic synth-punk in the form of  “I Repeat Myself“, it follows on from their first single “Negative Thoughts” and both are taken from their forthcoming LP, Sciences Nouvelles, out October 14 via Slovenly Recordings.

Recorded in their newly built Montreal studio, “I Repeat Myself” is an example of the LP’s tightly-wound, goth-influenced synth-punk. Vocalist and multi-instrumentalist, Annie-Claude Deschênesdelivers a ferocious performance over a frenetic analog synth arrangement that’s indebted to the aesthetics of Devo’s primordial new-wave, DAF’s esoteric electronics, and the anarchic no-wave of Teenage Jesus & The Jerks. According to Deschênes, the song was an attempt to address a feeling of personal stagnation and a sense that repetition is an unavoidable and inevitable feature in life.

When speaking of what to expect from the album, the band notes “that all songs on the album had been verified, refuted, and validated to ensure that they don’t repeat themselves.”

Duchess Says’ new album, Sciences Nouvelles will be out October 14, 2016. You can pre-order it now via iTunes and Bandcamp (Vinyl/CD/MP3).