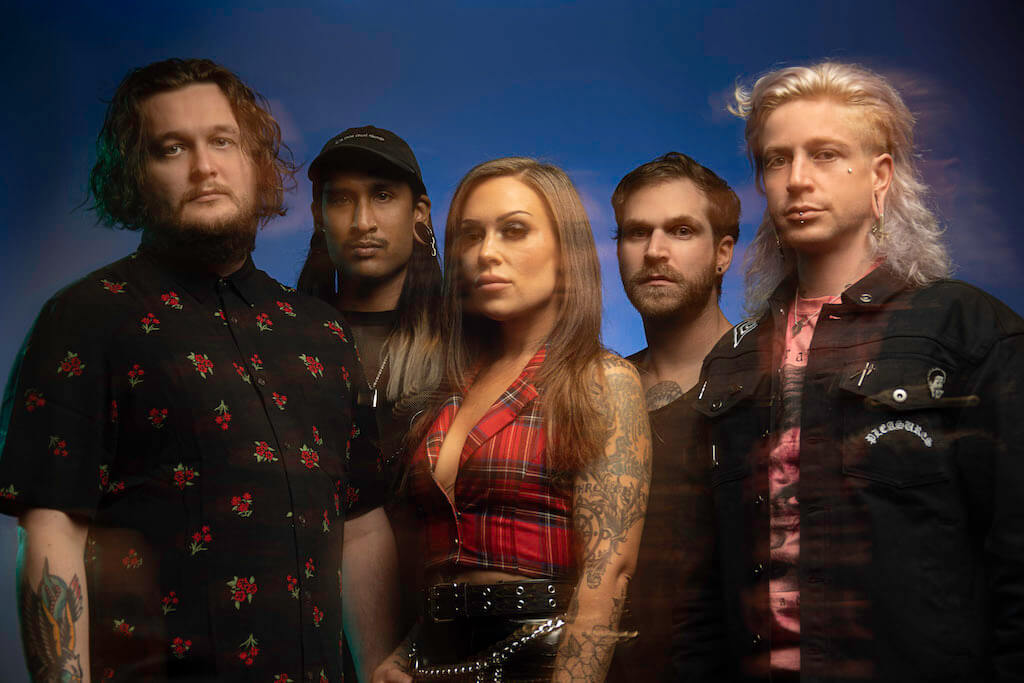 Melbourne outfit Drown This City return with their thrashing new single and video ‘New Burn Order’ today after the track’s premiere on triple j’s short.fast.loud last night. The release marks the first taste of new music from Drown This City in 2021 and comes alongside the announcement of new bassist/vocalist Toby Thomas joining the group.

‘New Burn Order’ paints a hauntingly stark picture of DTC vocalist Alex Reade’s rejection and detachment from her family at a young age. Listeners will find the song’s character breaking free from her abandonment to join a cult for a sense of belonging. Reade shares that writing from the perspective of a character to express herself ultimately allowed her to go to places she had previously been too uncomfortable to express.

On the story behind the track, she shares: “There’s a line that says ‘You said you were ashamed to share my DNA, I’m sorry to tell you we are counterparts – mirror image, blurred view’… I want to tell them we are cut from the same cloth, my destruction is their destruction, my shame is their shame. They don’t have what it takes to survive this and I’m going to show them I do,” adding:

“While you are not responsible for what happens to you, but you are for how you react. True freedom is acceptance that all our feelings, hurts, pains, vices, they belong to us now and we must battle them alone – carry them with pride – I’m not burning to be annihilated but to be cleansed and set free.”

Drown This City play the Melbourne leg of Full Tilt Festival alongsideNorthlane, Hands Like Houses, Thy Art Is Murder, Luca Brasi, Slowly Slowly, Make Them Suffer + more in July and are set to support In Hearts Wake on their national tour in November.