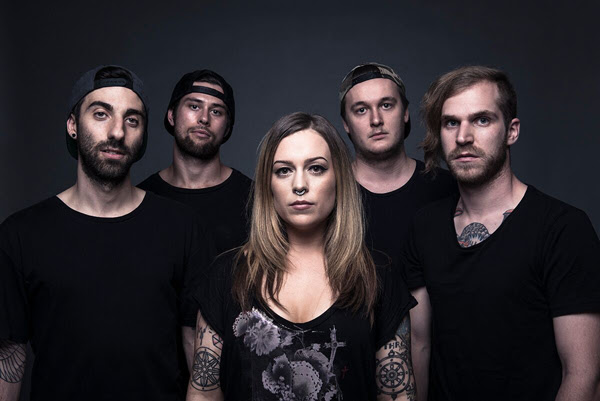 Melbourne’s Drown This City are out to make their first and lasting mark on the Australian Heavy Music scene with their debut EP ‘False Idols.’ Five genre-bending tracks, carved out together with brutal vocals, massive breakdowns, mind-twisting electronic sounds and a fresh AF take on the metal genre.

‘False Idols’ will be released into the world on Friday June 3rd through MGM Distribution – with Pre-Orders going live on iTunes this Friday April 22nd, with punters getting the single ‘I’m Not Divided’ as soon as the EP is purchased. Everyone can hear the track streaming on Soundcloud right now.

Drown This City are a band that heralds an entirely new age in heavy music in Australia – set to turn heads and set themselves apart through the intense and impassioned delivery of firebrand front-woman Alex Reade. Vocally, she is both brutal and beautiful, skilfully switching from insane, flesh-ripping screams to soaringly melodic passages in the blink of an eye. She truly is a beacon in a heavily male dominated scene.

If creating the music, the lyrics and arranging the songs themselves wasn’t talent or effort enough, the band recorded and mixed the EP entirely themselves – with production duties being shared between Anthony Pallas (Drums) and Laurence Appleby (Lead Guitar).

With their lineup and their unique and highly developed sound firmly in place, the band are set to make a huge mark for themselves in the Australian and international music scenes, with the release of their killer debut EP False Idols in June 2016. Ready yourself for the blisteringly anthemic monster that is Drown This City.

A Melbourne Launch show date will be announced shortly, alongside an explosive fight-scene and parkour-filled filmclip for the single, filmed at Victoria’s Fort Nepean.