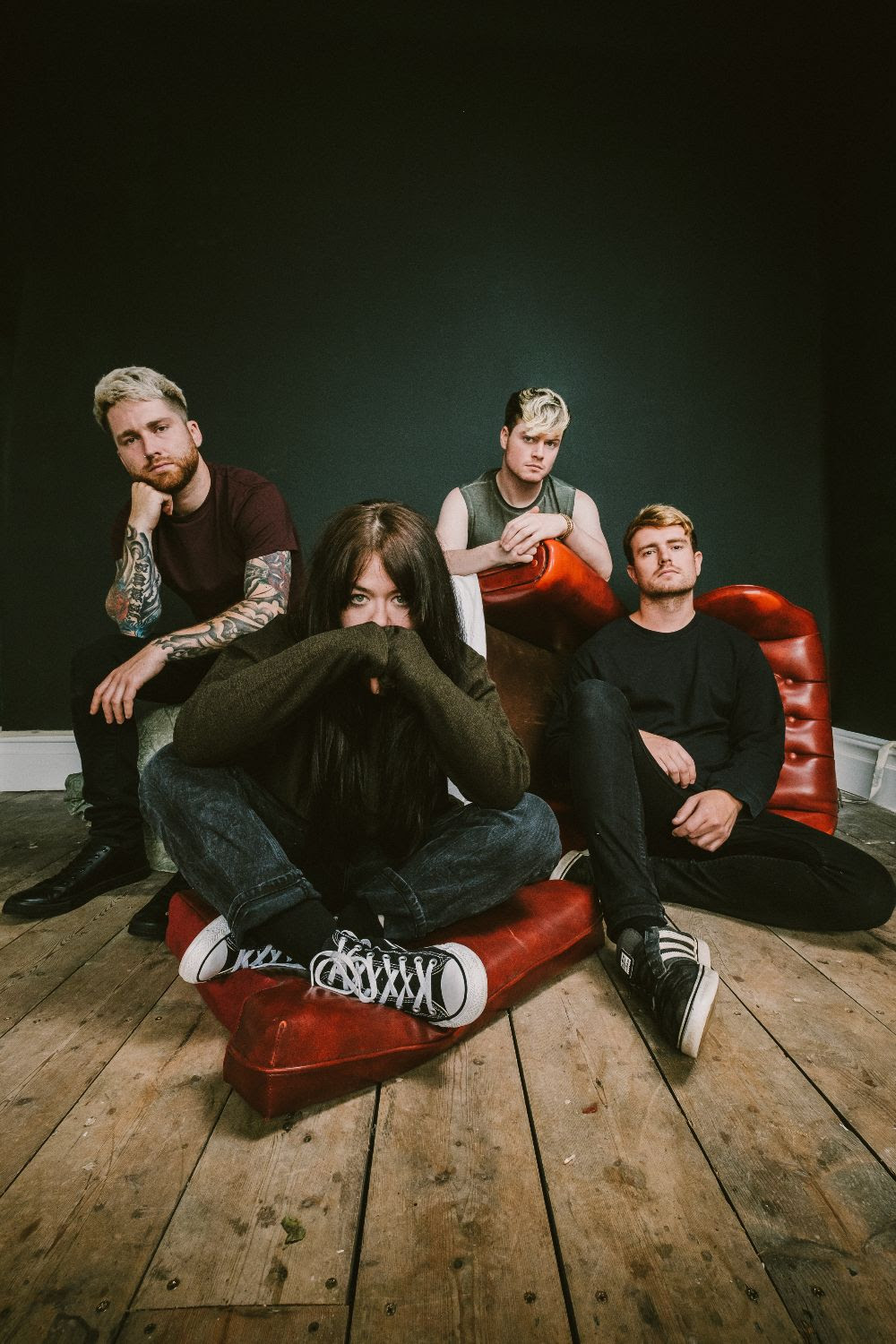 As anticipation for their debut album Primrose Path reaches breakneck levels, Welsh four-piece Dream State have appeased the masses with the release of another single titled ‘Twenty Letters‘.

A personal favourite on the album for Dream State vocalist CJ Gilpin, she explains that the track is about a time in her life that came down to “make or break”.

“Society’s standardised ways of living were crippling; I was constantly carrying the pain of others around me and I started to face the shadow aspects to my own personality and felt trapped and tormented by my own mind,” she says. “I sat in my room in the dark and I just cried and broke down. I felt so alone and all my pain rose to the surface and I had to face it all head on, rather than run from it like I always had by self-medicating.

“The urge to write had overcome me and I felt that what I would write was either going to say goodbye or ease some pain in some way. I flooded pages with all the things that were hurting me and my lack of understanding of it all, and shortly after I purged my pain, hope would follow and conquer it…. I could still feel the weight on my chest and stomach and I just suddenly had enough of myself. I could not continue living this way. I’m so grateful for that night because I was able to go through this breakdown alone and without drink or drugs. I stared at my monster in the mirror I made friends with it, I understood it. I felt completely undone by everything and nothing could hurt me again… I ended the night holding those letters of mine close and laid there grateful and ready for whatever happens next.”

Dream State will embark on a UK headline tour atop the album’s release, before touring Europe alongside Being As An Ocean in November.