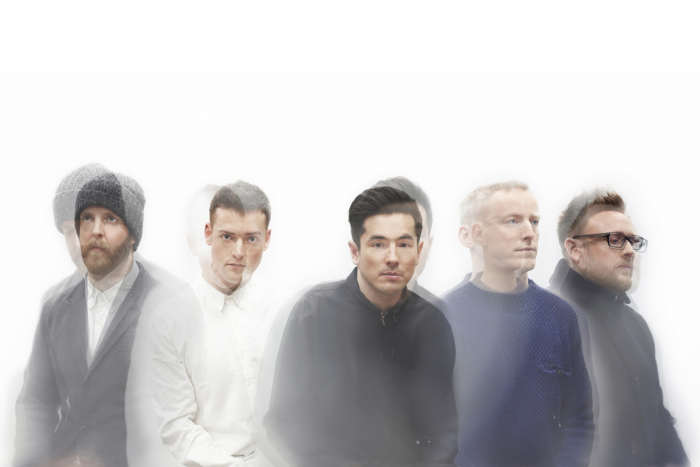 Bristol based five piece THE RAMONA FLOWERS release their brand new single ‘Dirty World’ – the stunning first single to be taken from the bands forthcoming sophmore album due for release through Distiller Records later this year and the follow-up to their 2014 debut album, ‘Dismantle and Rebuild’.

Dirty World’ is a perfect showcase for the bands unique combination of electronica with soaring choruses and anthemic guitar riffs.

Lyrically it talks of – “Working night and day to live under a roof I’ll never call my own”. The band explain: “’Dirty World’ grew out of a Giorgio Moroder-style synth sound that Gallimore was experimenting with. Inspired, James promptly put a piano hook that sounded like something out of Top Gun over the top. “I know it sounds like fucking Top Gun but we got a drumbeat on it and we realised there was something cool about it,” he says. Bird’s lyrics are about his frustration at being forced to leave London due to rising rent. “It’s unfair that you have to move out of the city you love not on your terms.”

Co-produced alongside Friendly Fires and Passion Pit Collaborator Chris Zane, the single was recorded late 2015 at The Distillery Studios in Bath.

With a string of UK dates alongside the Stereophonics and upcoming shows including The Great Escape in Brighton and Camden Rocks in London, 2016 is shaping up a massive year for THE RAMONA FLOWERS!