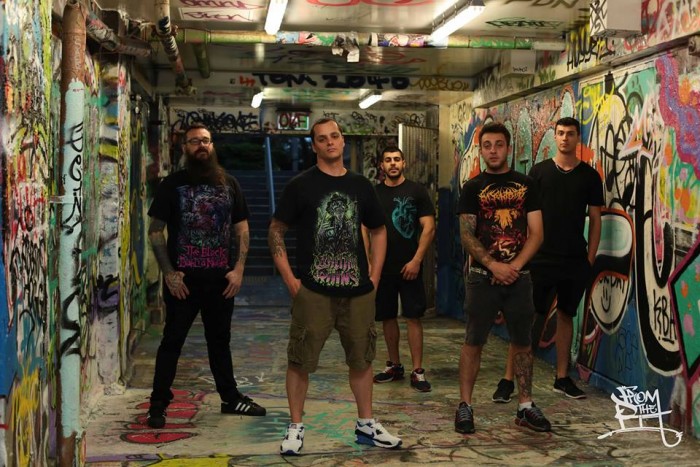 Sydney technical/progressive death metallers Diminish The Gods have released their new video for Prionic Embrace.
Watch it now:
Diminish The Gods have forged a sound of their own. Technical melodic patterns intertwine in chaotic progression before plunging into brutal rhythm structures and breakdowns. Taking inspiration from bands such as Within The Ruins, Conducting From The Grave, and The Black Dahlia Murder, Diminish The Gods take death metal to new realms.
Diminish The Gods have played live extensively in NSW. In 2014 they toured Japan with Gorguts, Krisiun and Bloodshot Dawn playing in Tokyo, Osaka and Nagoya. They also recently supported Swedish metal titans At The Gates in Sydney.
REMAINING TOUR DATES 2015
Saturday, November 21: Metal Madhouse, Lewisham Hotel, Sydney
In 2016 the band will be touring extensively around the country and into Asia, watch this space for more!