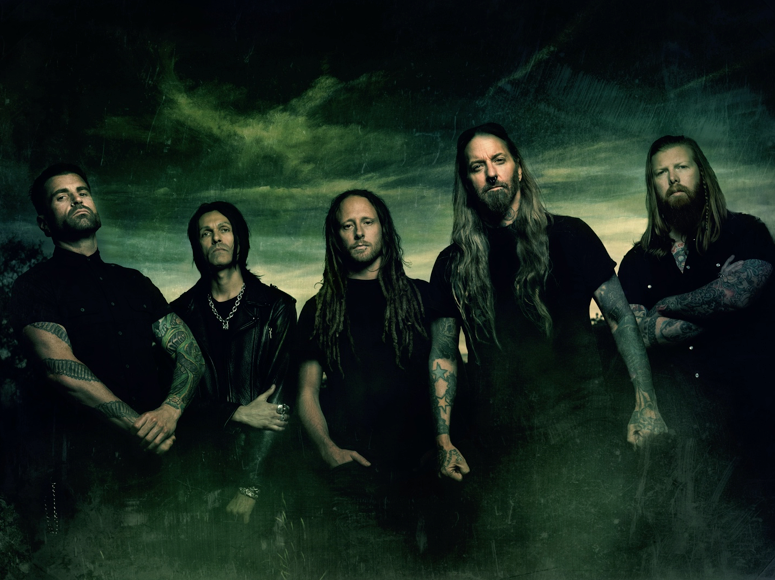 Top-charting dark groove metal originators DEVILDRIVER recently announced the highly-anticipated release of their upcoming double album, Dealing With Demons. The first volume – entitled Dealing With Demons I – drops on October 9, 2020 and marks the band’s first release of new, original material since 2016’s acclaimed Trust No One. Representing the onset of a final purging of the themes that have long possessed frontman Dez Fafara and DEVILDRIVER’s music, each track on Dealing With Demons I illustrates a different demon to be dealt with, or released.

Today, the band is following up on the release of their burgeoning latest single “Keep Away From Me” and its thought-provoking video with yet another unforgettable anthem – the menacing, mosh-ready second single “Iona”. From the ominous siren at its start to its grooving verses, the track pulls no punches. The hair-raising, anthemic chorus line, “She carries a black rose…” beckons the listener again and again into a chilling ghost story! Travel the dark road into Iona’s clutches via the heart-gripping music video, directed by Vicente Cordero, below.

Frontman Dez Fafara says about “Iona” and the demons that inspired the track:“Iona is unlike any other DEVILDRIVER song we’ve put out. From the frantic verses to the haunting chorus, this song is another move forward to push our sound and the listener’s ears into the fray! The chorus, “she carries a black rose, effigy from a story closed”, tells the story of the long dead ghost of Iona and her obsession with death represented by the black roses in her hands – each one the soul of someone she’s taken from this life on a lonely dark road, assimilating their souls into black roses, which she carries for eternity. This theme relates to myself and “Dealing With Demons” in that, often times, we as people have a hard time “letting go” of things. This can be applied to relationships, death, and so on. Iona carrying the black roses symbolises her inability to move on – always seeking revenge. The past is exactly that – the past – it’s important to let go and not be stuck in a perpetual loop of living in it.”