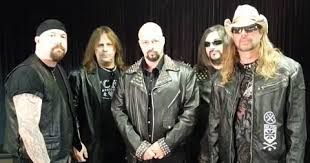 Due to delays of Death Dealer’s new album as well as other touring commitments that will come with the release of the new album, the band has unfortunately had to postpone their Australian tour.

The September 2015 tour will now commence over the June 2016 LONG WEEKEND, which will be a part of their world tour for their said new album. All current ticket holders can hold on to their tickets for the re-scheduled shows, they can simply turn up to the new shows with their current ticket and use it to get in as shows will be at the same venues.

Or if they wish they can get a refund from their point of purchase on any of the tickets for any venue.

ALL SHOWS HAVE BEEN RESCHEDULED: NEW TOUR DATES ARE
CURRENT OZTIX & MOSHTIX HOLDERS CAN USE SAME TICKET