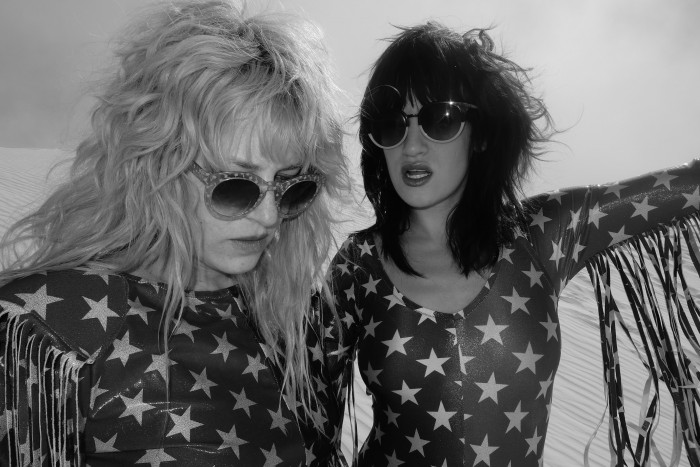 Deap Vally, the Los Angeles duo comprising Lindsey Troy and Julie Edwards, return to the fray withSmile More, the first single to be taken from their upcoming second album, Femejism out September 16 via Cooking Vinyl. Produced by Yeah Yeah Yeahs guitarist Nick Zinner, the single brings the band’s rock ‘n’ roll roots to the forefront and gives a tantalizing glimpse of what fans can expect to hear in the new record. Smile More debuted as the Hottest Record in The World by BBC Radio 1‘s Annie Mac.

Pre-order Femejism on iTunes and get Royal Jelly and Smile More straight away.
Deap Vally recently completed major North American tours with Peaches and with Wolfmother during which they aired a number of new songs from the upcoming album live for the first time.

The new album follows Deap Vally’s 2013 debut, Sistrionix, which picked up critical praise from the likes of Rolling Stone, SPIN, NME, The Guardian and more. The album took the band around the world, with festivals from Glastonbury to Austin’s Psych Fest, and with sold out headline shows everywhere from their hometown to London’s Electric Ballroom to Sydney.