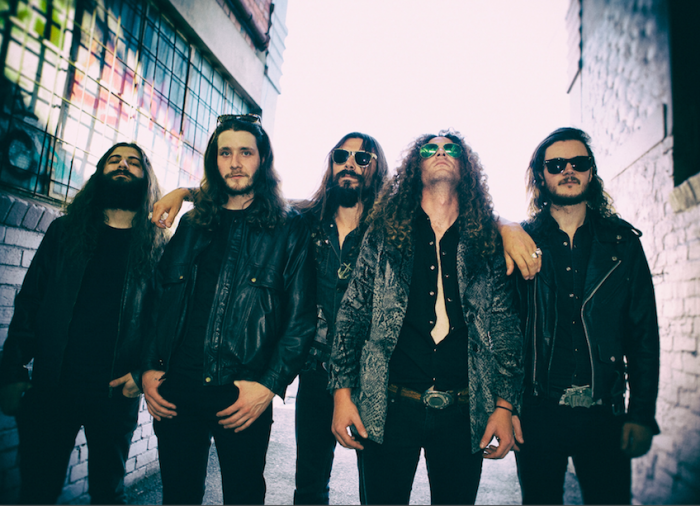 Melbourne’s premiere hard rockers, Dead City Ruins will be returning home for a massive national tour at the end of the year!  Having been based in Europe for most of the 2015, playing countless shows to thousands of people, they are preparing for a 17 date run around the country.
With their rock n roll battle scars worn like badges of honour, the band have played every hole in the wall pub and club you can think of.  Fusing 70’s and 80’s metal musicianship with blues riffage and a punk attitude, DCR are a live music fan’s wet dream.  Explosive energy, in your face attitude and songs you’ll be humming in your head long after they’ve left the stage.
Bursting onto the scene in 2007 with their Lost In London EP and 2011 debut album Midnight Killer, the band quickly established a loyal fanbase, received regular airplay on local radio and  scored rave reviews from everyone who saw them live. That same year they ventured to the UK and Europe for the first time, playing over 50 shows ending with an appearance at the Metal Music Festival in Dubai, UAE.  A year later they did it all again, returning to Europe to play several major festivals and support bands such as Mastodon, Diamond Head, Orange Goblin, Fozzy, eyehategod and Hardcore Superstar.
Their self titled second album was released in 2013 and was followed by another massive UK/EU tour supporting of Skid Row and Ugly Kid Joe that took in 13 countries over 33 dates and received more rave reviews.  The band were personally invited by Skid Row & UKJ to join them on their 2014 Australian tour. The band also headlined their own Indonesian tour in November of that year.
Dead City Ruins have been in Europe once again since March of this year. Their third headline tour of the continent has recently been completed and they are  finally bringing their road honed, razor sharp live show back to their adoring fans here at home.

Do Not Miss them before they head back to Europe once more! 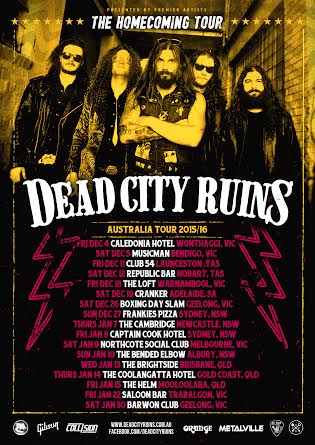