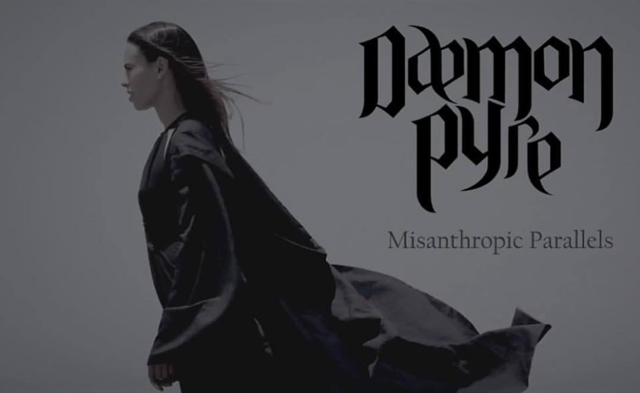 Sydney’s Daemon Pyre are at the forefront of the Australian metal scene. Their self titled debut album was released in January 2015 and received critical praise in their native country and also from the European and US metal media. One of the albums most played tracks, Misanthropic Parallels has now been given a visual component with a stunning music video directed by Tim Grosse and James Lopes of Dusk Music Video Production.
Watch Misanthropic Parallels

Daemon Pyre mainman, Sam Rilatt says of the clip:
Misanthropic Parallels is a dark story. A tale of a young misanthrope who is struggling to reconcile her hatred of what she has found the world of humanity to be against the irony inherent
that she shares the same air, walks the same earth and is of the same species as all those people she loathes. That she really can’t be all that different from the people she despises.

We wanted to use icy, stark visual tones to convey this idea and having Verna Mc Clune play our personification of Misanthropy was a real treat.

Tim, James and the whole production team did a brilliant job and we think this video will showcase what Daemon Pyre has to offer the world of Metal. We hope you like it!”

The quintet are a touring machine; having spent much of 2015 touring nationally, as well as completely a headline tour of Indonesia. Constantly on the move, the band have completed countless tours as headliners, openers and often supporting international acts.

With a long list of upcoming dates, writing and recording their follow up release and a potential European tour later in 2016, these are busy times for Daemon Pyre!