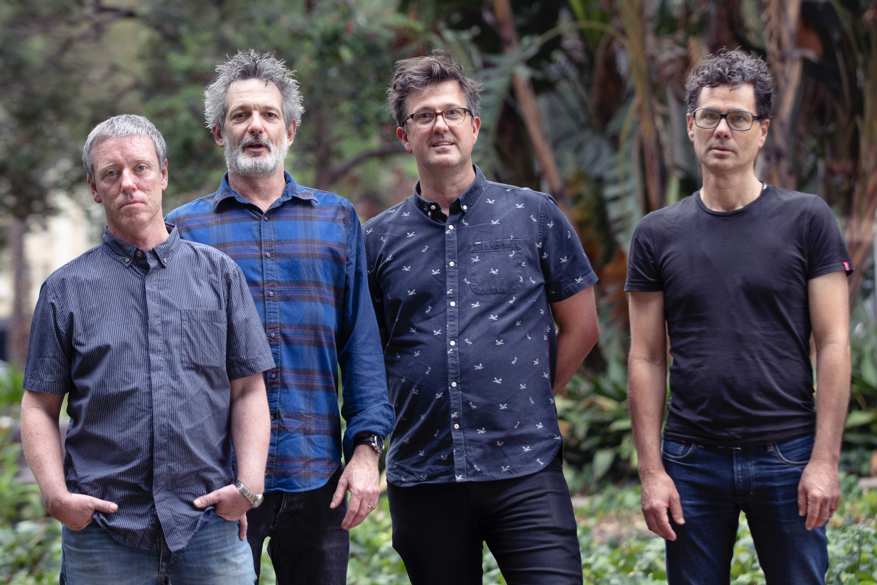 Iconic Australian band Custard makes a welcome return in 2020 with their eighth studio album, ‘Respect All Lifeforms’, set for release on Friday May 22. Pre-order HERE.

The album kicks off with lead single, the irresistible nationwide lockdown hit,‘Funky Again’ – a catchy pop offering that mentions the Russian winter of Operation Barbarossa AND home renovations in one convenient 3-minute package.

“The Funky Again video is something like my 167th Custard video directed for the band over 20 years. Inspired by 1961 film ‘Last Year at Marienbad’ by Alan Resnais, we filmed at the gorgeous Aynhoe Estate in the Cotswolds, England. On the morning of the shoot there was a gloomy mist that filled the grounds, which really enhanced our choice to film with anamorphic lenses and in black and white.

“I really wanted to do something 60’s as it’s my favourite era and the song has a certain nostalgia in the lyrics. Our German cast Oliver and Rabia have been friends since school, so we had a lot of fun playing them for and against each other.  I love breaking the song with sound or dialogue in music videos so if you make it to the end you hear this. The band thought it was too sexy so we toned it down a little for the families!”