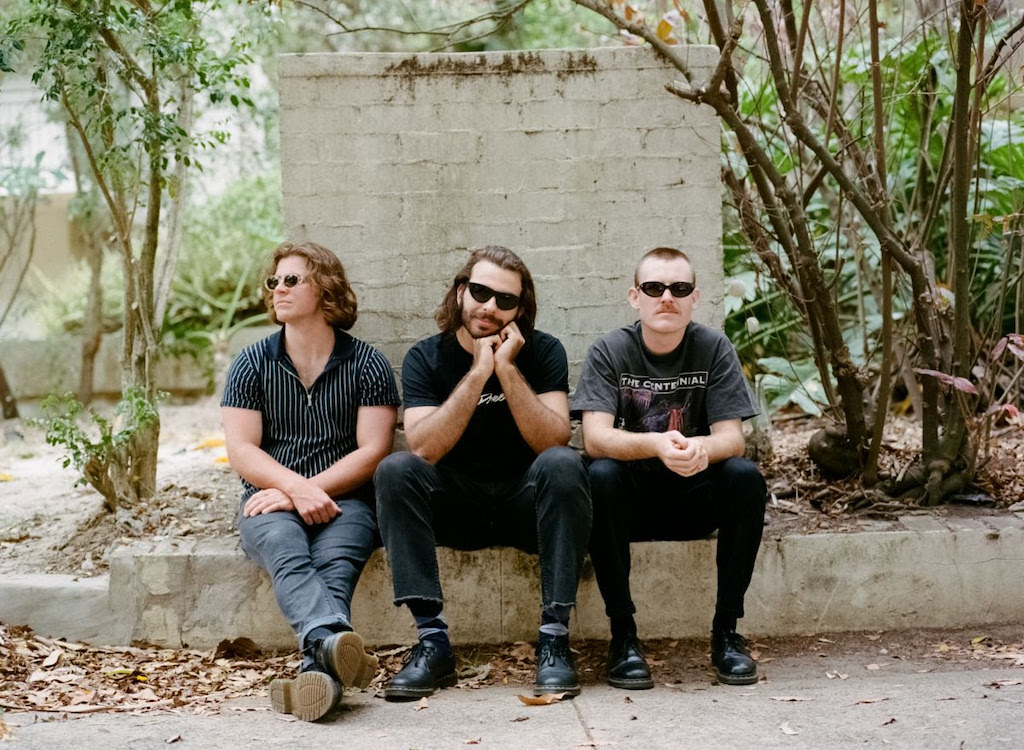 Crocodylus are stoked to announce the Social Climber tour, hitting venues across NSW in November and December. They’ve also gifted us with a new single/video “Camouflage”, out today.

Boasting a classic Crocs feel, “Camouflage” is another tantalizing appetiser before the main course arrives in 2021. A ditty about a recurring eye infection and retreating from the world out of self-consciousness, “Camouflage” takes its cues from some of the punk rock greats. The accompanying video is the kind of cooked hallucinatory dream one has after isolating from the world for far too long and there’s a lot of skin-on-skin that will leave you screaming in these pandemic times…

Frontman Josh Williams elaborates: “At the start of each year I get this eye infection and that’s the time I know I need to hibernate to get better. So that’s what this song is about, an eye infection. I get kind of embarrassed, as you can tell from the opening lyrics ‘Don’t wanna be seen’. I hummed the song in my head at work and wrote it on guitar as soon as I got home. We then had a producing day with Owen Penglis and tightened the song up a bit. It’s influenced by such bands like The Saints, The Damned and The Clash maybe just not as cool.”

Jumping in the van next month to launch their Social Climber / Camouflage 7” (also out today!) the trio will bring their wares and a couple of new tunes from their forthcoming debut album to venues in Wollongong, Sydney, Byron Bay and Newcastle.

The Social Climber tour also marks their first proper run of dates since the pandemic put a halt to live music earlier this year. After a massive start to 2020 that saw Crocodylus selling out shows across the country, the band were only just getting warmed up until, well, we all know how the story of this year goes. Crocs haven’t been completely out of commission though, they managed to sneak in some socially distanced and very sold out live shows back in August. And don’t let the seated format fool you, the trio still slayed back-to-back sets with Monster Children witnessing the spectacle, saying “Croc boys tore the house down, rebuilt it, and tore it all down again.”

Released last month, “Social Climber” (the single) is Crocs most affecting song yet, revealing a new side to the band that was completely welcomed. The single premiered on triple j’sHome & Hosed and earned a perfect score from host Declan Byrne, rightly declaring, “Crocodylus have nailed this one”.

Tickets for the Social Climber tour are on sale now and we expect them to be snapped up really quick, so don’t wait.

TICKETS ON SALE NOW VIA CROCODYLUSBAND.COM