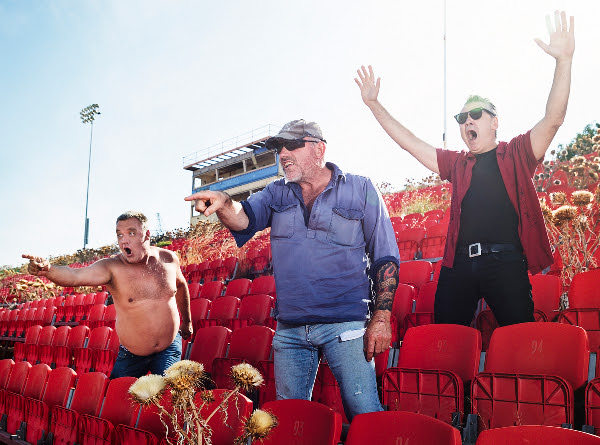 “There’s more to me than beer and pubs”, implores Ross Knight on the Psychos track ‘Bum For Grubs’ , “So take me home, I’ll check your bum for grubs”. Cosmic Psychos are nothing if not eloquent wordsmiths.

This week, the three-piece unload their new video while announcing their return to the road for a second lap of honour. The new video has large Blundstones to fill following the success of the previous effort; a gory Wolf Creek pisstake starring some serious Australian acting talent.

Luckily the band enlisted their documentary ( Blokes You Can Trust) team Matt Weston (director) and Lluis Fuzzhound (animator) to lend their insightful imaginations to the cause.

The Cosmic Psychos Bum For Grubs tour will stumble down the East Coast, this time taking regional routes through Ballarat, Geelong and Byron Bay. Impressive supports are being lined up like unsuspecting rabbits to ensure the tour delivers on par with the band’s co-headlining tour with Dune Rats earlier this year… 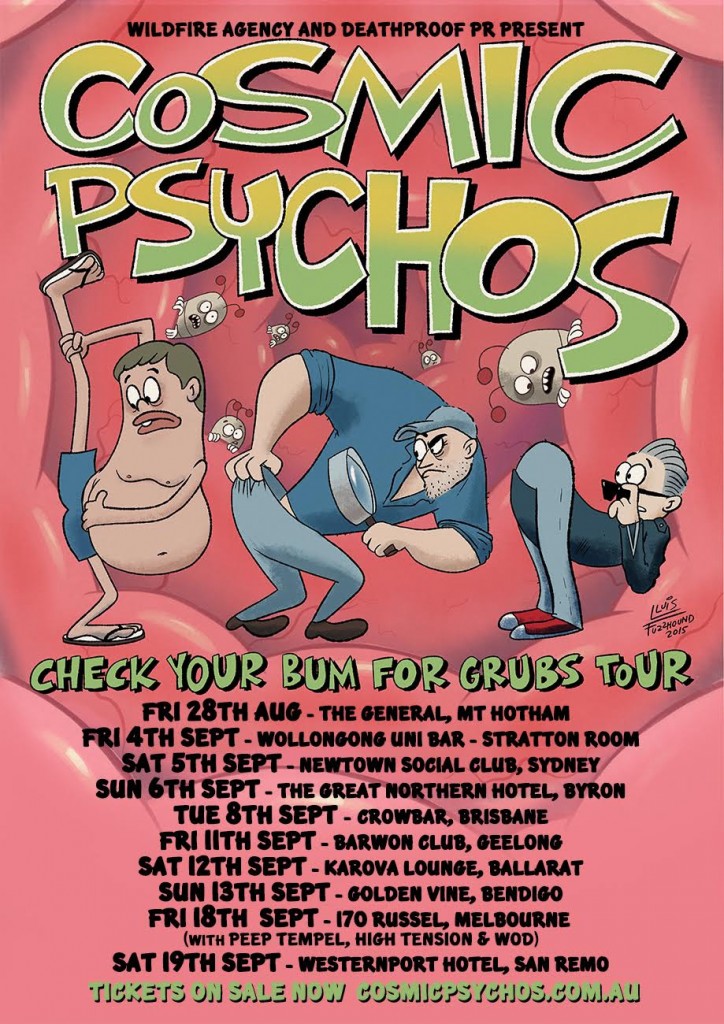