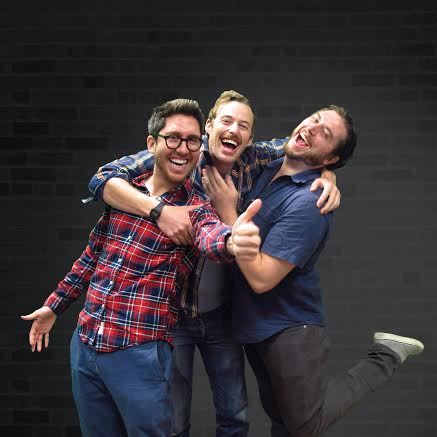 KillRockStar presents Internet sensations and the stars of “College Humor” and MTV’s “Pranked” -Amir Blumenfeld, Jake Hurwitz & Streeter Seidell. These three rising stars from the world of comedy will be live in Australia this June for the very first time! As a special treat special guests at each show will be Australia’s Josh & Steve, the stars of Channel [V]’s Free Shit Men and Magic 8 Ball.

Jake Hurwitz and Amir Blumenfeld are the writers/actors/editors behind the Webby award winning Internet series “Jake and Amir.” Averaging more than 500,000 views each week, the duo have produced two videos a week for over four years. As a series, “Jake and Amir” has won several awards including the Webby’s People Voice for Best Web Series in 2010 and has been named one of PC Mag’s top 15 best web-only shows. The series has also appeared on MTV’s “The College Humor Show.” The two have recently released their first ever half hour special, “Fired” which is available for online streaming and in DVD form.

Streeter Seidell first gained popularity as part of the cast of College Humor’s online skits, having written and edited for the site’s front page before then. Further attention came his way when his video series Prank Wars went viral, garnering tens of millions of views and a huge amount of mainstream television attention all over the world. This acclaim eventually led to a TV-series called “Pranked” on MTV with fellow College Humor editor, Amir Blumenfeld. Starting in 2013,Seidell began writing for the ABC sitcom “Trophy Wife”, in 2014 Seidell joined the writing staff of the legendary NBC variety show “Saturday Night Live” at the start of the show’s fortieth season.

Based in New York City and with more than 15 million unique monthly users and over 100 million monthly page views, College Humor was founded in 1999 and features the funniest and most offbeat content on the web.