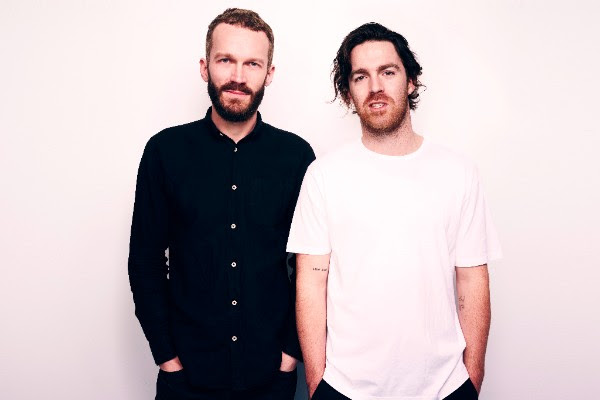 Chet Faker’s collaborative EP with Marcus Marr, ‘Work’, is out today via Chet’s own label, Detail Records, and was premiered overnight . The EP came together over an intensive four-day recording session in Marr’s South London studio earlier this year after the two had a chance conversation via Twitter. The result is a four-track combination of Marr’s powerful, punchy dance production perfectly balanced with Faker’s soulful vocals, and Chet’s first official release since his lauded debut album Built On Glass (2014).

The EP comes at an exciting time for Chet: his recent Australian tour – including two shows at Sydney Opera House forecourt as well as Myer Music Bowl in Melbourne – sold out, and his international reputation is on the rise.

The first taste of the EP – funk-infused ‘The Trouble With Us’, released in October – debuted at #1 on the Carlton Dry Independent Music Charts and has since reached gold sales status, cracked a million plays on Soundcloud, spent time at the coveted number one spot on the triple j most played list as well as hitting #1 on Spotify’s Global Viral 50.
LISTEN TO ‘THE TROUBLE WITH US’
‘Birthday Card’ was premiered by Annie Mac on BBC’s Radio 1, and subsequently hit the #1 spot on Hype Machine this week (with ‘The Trouble With Us’ a close second). Smooth disco track ‘Learning For Your Love’ was similarly introduced to a global audience with a premiere on Beats 1