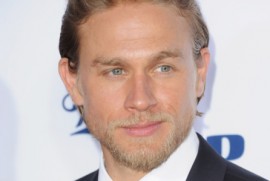 Charlie Hunnam, last seen as the ill fated Jax Teller on FX’s Sons Of Anarchy, must love being typcasted as he is soon to be seen as a drug cartel leader in a new film that is featured after the Rolling Stone article “American Drug Lord”.

For the films screenplay they have optioned Jason Hall who’s last work was the fantastic “American Sniper”. Hunnam will be producing this in corporation with Legendary Films and Plan B’s Dede Gardner (12 Years A Slave, World War Z) and Jeremy Kleiner (Kick-Ass, Selma). Jillian Share (VP of Creative Affairs, Legendary) and Sophie Sikora (Creative Executive, Legendary) will be be overseeing this project with Sarah Esberg (Executive Producer, Plan B).

The movie will be based on Edgar Valdez, a former high school footballer who resides is Texas who works his way up in the Mexican drug trade, become the first U.S born Cartel Leader in Mexico. Valdez, who establishes himself in Acapulco with the self styled nickname of “La Barbie”, made in his prime , $130 million dollars moving drugs from Columbia.

The film will focus on the rise and fall of Valdez from a once feared drug lord who carried out brutal executions and posted them on the internet for the world to see, to the cartels turning against each other and crooked cops who help the dynasty fall. Valdez’s life changes from being on top of the world to not knowing who has his back, fearing for both his safety and his life.