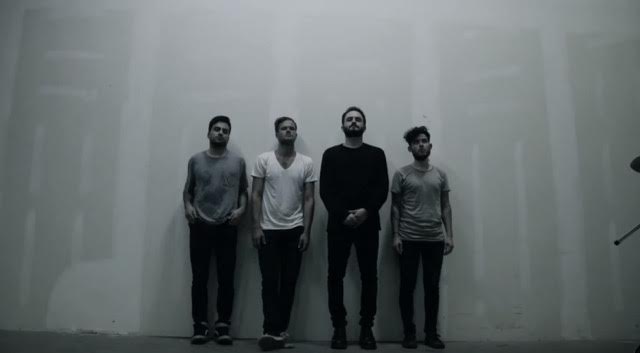 US based Pure Noise Records welcomes New Jersey based rock band Can’t Swim to the label.  The band will release their EP, Death Deserves A Name, on February 26 and has unveiled a video for their brand new song Your Clothes.
Watch the video here:
Can’t Swim’s upcoming Death Deserves A Name EP blends elements of alternative rock, pop-punk and indie rock that are anchored by Chris “Krier” Loporto’s superb songwriting and standout vocals as heard on the band’s first new single Your Clothes.
Based in Keansburg New Jersey, Can’t Swim was founded by Krier in the early 2015. After spending most of his life playing drums in various bands, Krier decided to step focus on songwriting.  The songs were contagious from the start and grabbed the attention of his good friends Chez, Danny and Greg who would eventually round out the lineup.
The band’s upcoming release marks their first signing with a label and newfound partnership with Pure Noise Records.
“I never really pictured myself being a singer or a songwriter, it was just something I started doing recently to pass the time,” says Krier.  “I was sending demos to friends (who later became members of the band) just to bounce ideas off them and get their opinion on different parts of the songs.  After they got involved, it started to feel real and not just something I was doing in my bedroom. Shortly after that, the guys over at Pure Noise heard the songs and wanted to be apart of it. From the first conversation we had with them, everything just feels right. It’s a great fit.”