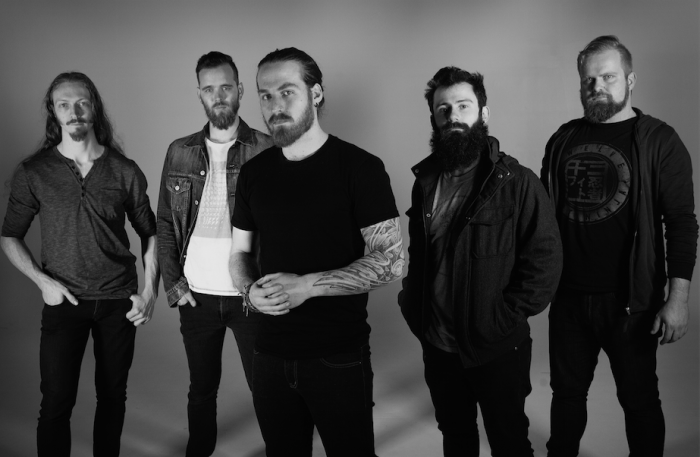 Caligula’s Horse, one of the country’s most exciting and innovative progressive bands, will hit the road for a national tour in March and April 2016 in support of the music video for their killer new single Turntail.

Turntail, an uplifting and passionate track with a powerful political message, comes from their internationally critically acclaimed third album Bloom, which was released globally via InsideOutMusic in Oct 2015 and peaked at #16 on the Australian Aria albums chart.

The stunning music video for Turntail will be released very soon!

Chaos Divine will release a new video clip for their latest single, Badge Of Honour, in the lead up to the tour.

Support bands for the Turntail tour have now been confirmed.

Kicking things off in Adelaide are For Millennia who have shared the stage with Caligula’s in the past. Their off kilter riffing, soaring vocals and twisted melodies will captivate the crowd instantly.

Melbourne’s Enlight will open in front of their hometown crowd and by their own words, the female fronted progressive rockers will play music that ‘glows in the dark’ !

Fusing post rock and black metal into one seamless and breathtaking entity, Illyria will give the Perth crowd a stunning start to the evening. Spellbound and gracious sonics.

In Sydney, the ambient and progressive self stylings of Glass Ocean have given them that coveted ‘band Dynamic and intriguing, their live show is an unforgettable musical experience!

Canberra locals Tundrel will treat the crowd to an emotive set of alt-rock that ranges from psychedelica to classic rock with a heavy 70’s influence. Just the thing to ease into a night such as this!

The final night of the Turntail tour will feature two amazing Brisbane acts to round things out. Opening the night are Rise Overrun a band that can go from frenzied political rock to pop dreaminess or surreal minimalist sonics in seamless fashion. And The Stranger who will add their unique blend of prog/world/metal/funk into the evening’s musical diversity.

via wildthingpresents.com, Oztix, and the venues.