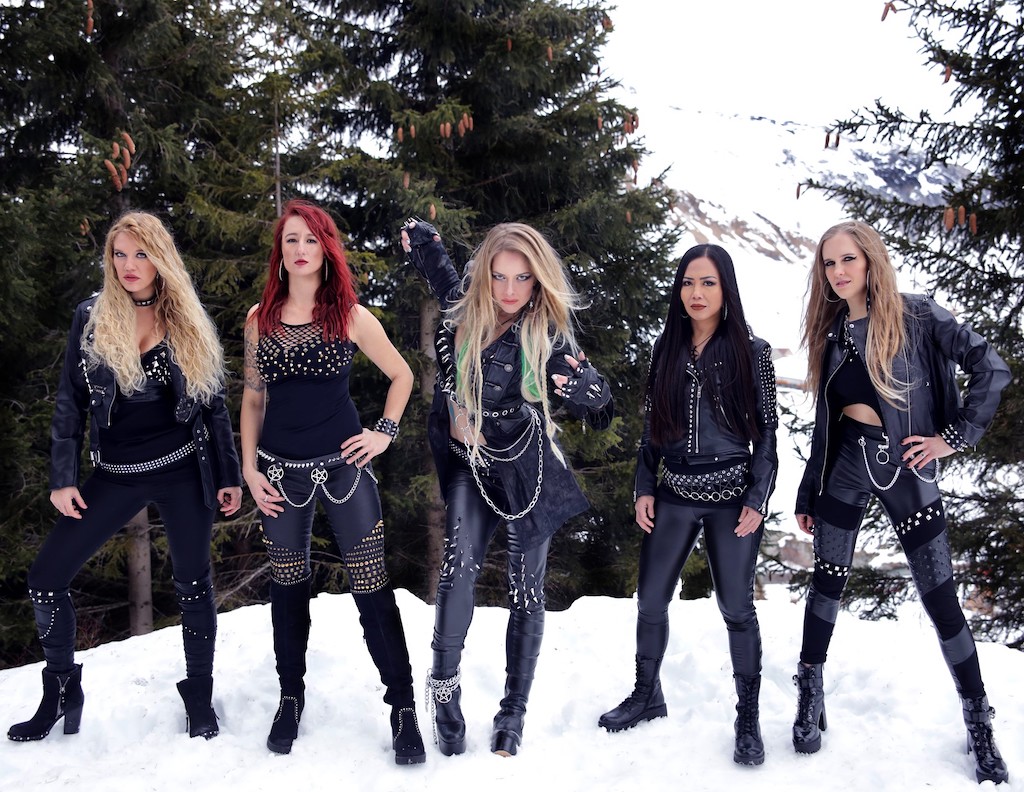 Heavy metal coven BURNING WITCHES are proud to release not only the title track of their upcoming new studio album, The Witch Of The North but also their first-ever high-quality music video to go along with it. And they couldn’t have chosen a better date for the release of this new single: it coincides with Walpurgis Night, the traditional night of the witches, deeply rooted in Central and Northern European folklore.

While the song ‘The Witch Of The North’ showcases BURNING WITCHES at their heaviest and features their most anthemic chorus to date, its music video brings the stunning album cover artwork by Claudio Bergamín to life. Witness the forest Witch conjure a demon warrior out of the flames and lead it into battle. Sorcery, swordplay, fire & blood – it doesn’t get more METAL than this!

BURNING WITCHES comment on the video:
“It was a big dream of us, to finally produce a video clip with an acclaimed company like Grupa 13 and a bit of a bigger budget. The title track of the new album was the perfect song to transpose visually, it is not a typical single, it is more of an epic grower. This way we have visually reflected the song for eternity! We hope you will love it as much as we do!”