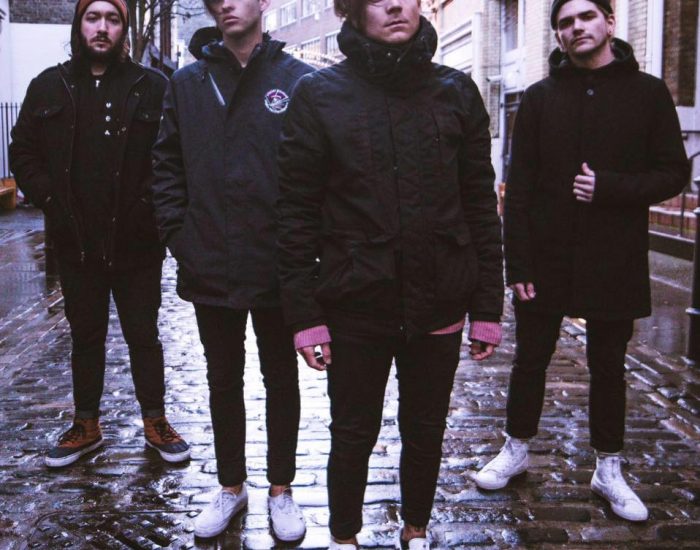 Before heading on their first tour of 2019, BROADSIDE is holding over fans with two new tracks, “King Of Nothing” and “Empty.”

“’King of Nothing’ is a song about wanting to be the best,” states BROADSIDE vocalist Ollie Baxxter. “We chose this life as touring musicians but it can be painfully lonely. We all want to be heard and play to massive crowds while making enough money that our parents won’t worry about our futures. I’m so proud of our accomplishments as a band but some nights, after the show ends and those crowds leave the venue, when you’re in the back seat of a dark van, you feel like you’re not doing enough and those dreams you have become nightmares of what you’ll never achieve. You can be on top of the world and have nothing.”

“I was going through a real out of body misery when writing ‘Empty,’” Baxxter playfully admits. “The duality of a being a broken-hearted romantic splits a person. On one hand, you’ve been wronged, you should run and never look back. On the other, the rewarding time spent and memories made keep you trapped in the worrisome ‘what if this person leaves’ psychosis. I wanted to write a dance-y song making fun of how unfortunate it is to be in love, sometimes.”

Fans can fall in love with BROADSIDE’s live show once again as the band will support Set It Off across North America starting June 11 and wrapping up July 19. BROADSIDE will then head into the studio to record a brand new album, the followup to 2017’s smash Paradise. In the fall of 2019, the band return to Europe for a month+ long tour (dates to be announced soon) and more slated for 2020.

To coincide with the summer tour, a limited edition, colored 7 inch with both songs will be available (official release date TBD).

Pre-order now and receive instant downloads of both “King Of Nothing” and “Empty.”